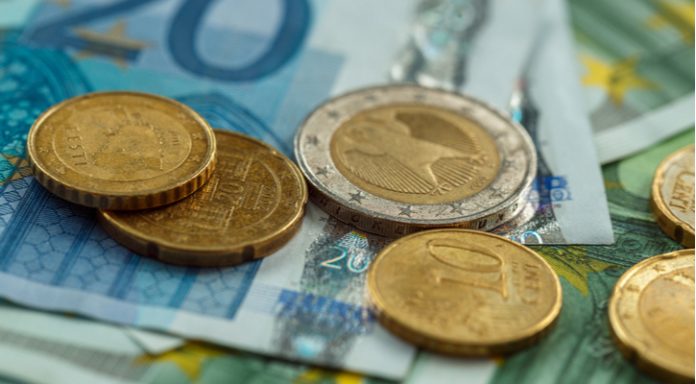 The pound traded marginally lower versus the euro in a relatively light trading session on Monday. There was not much for traders to look towards as far as economic data was concerned, so instead the focus was on a splattering of political developments. The pound euro spiked to a low of €1.1275 before quickly recovering and traded within a tight range of less than 20 points, for the rest of the day.

The only relevant data for the pound in the previous session, was the release of the Rightmove House Price Index. The data showed that house price growth slowed once again in January to just 0.8%. This is the second straight month that prices are well below the monthly average. The slowing of the housing market shows that consumers are lacking in confidence in the UK market, opting to wait, if they can for further clarity over Brexit before buying. The weak data sent the pound lower.

Whilst the odds of an interest rate rise by the Bank of England have increased, Brexit is overshadowing this a continues to keep pressure on the pound. Confusion within the UK Prime Minister Theresa May’s own cabinet, combined with uncertainty over whether the post Brexit transition period will happen, has left pound traders nervous as to what the future holds. A closer alignment to the EU post Brexit being the most beneficial position for the pound.

The euro found support in the previous session from news that Spanish Economy Minister Luis De Guindos is to succeed the European Central Bank (ECB) Vice President Vitor Constancio in May. This move boosts the probability of a northern European or more specifically a German becoming head of the ECB next year, when Mario Draghi steps down. This could influence the ECB’s current loose monetary policy and potentially put the ECB on a path of more aggressive tightening. This would be beneficial for the euro.

Today, investors will look towards German and eurozone economic sentiment data. The German reading will be of particular interest given the political developments in Germany and the forming of the grand coalition at a heavy cost to Chancellor Angela Merkel’s CDU party. A weak reading could weigh on the euro.