Home GBP GBP/USD: Pound vs Dollar To Be Driven By Brexit Politics 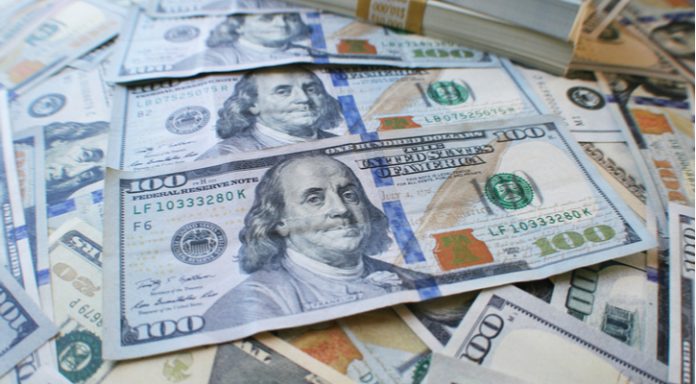 The pound finished the previous week just shy of 1.5% higher versus the US dollar. By the end of trading on Friday, the pound US dollar exchange rate was at US$1.4028, after hitting a high of US$1.4146 early on Friday.

The pound fell out of favour on Friday after UK retail sale disappointed. Analysts had been expecting retail sales to pick up in January after falling heavily in December. However, the data was underwhelming, at growth of just 1.6%, compared to growth of 2.6% forecast. For two straight months now retail sales have read lower than what analyst were anticipating, raising concerns over the health of household budgets and the state of the UK economy. As prices have been increasing and wages falling in real terms, consumers have been under increasing pressure, which has caused them the rein in their spending. This is bad news for the UK economy which is so dependent on the consumer.

Brexit talks over the weekend between UK Prime Minister Theresa May and German Chancellor Angela Merkel, had a positive tone. Merkel said that she was curious to know more about Britain’s aims and was also keen to find common ground on future trade goals. However, the lack of detail regarding the post Brexit relationship could unnerve some pound traders.

The dollar enjoyed a rare day of demand on Friday after a barrage of US data printed higher than what analysts had been anticipating. Housing starts, new building permits and University of Michigan Confidence all helped lift the dollar from its weekly lows.

The economic calendar is very light for the US dollar at the beginning of the week. Investors instead will be digesting political developments in the US. President Trump took to Twitter over the weekend to unleash his fury at the FBI, his security adviser and the Democrats over the indictment of Russians over US election interference. The lashing out came following the indictment filed by the justice department’s Special Counsel Robert Mueller. Trump meanwhile continues to deny any collusion with Russia in the Presidential elections. This is not evidence that Trump was involved in anything illegal, but it will certainly be a distraction for him, taking his attention from other pressing matters and causing jitters among dollar traders.