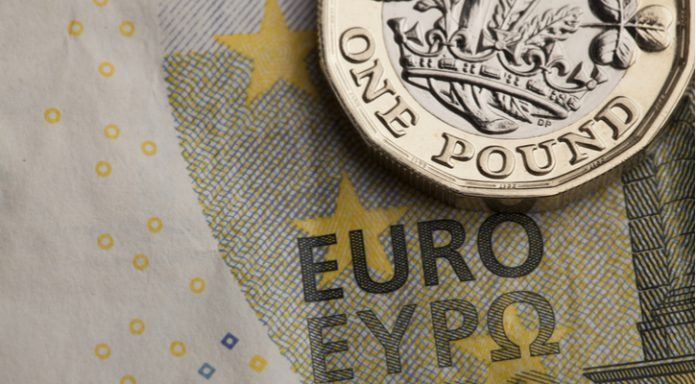 The pound charged higher versus the euro on Thursday after the Bank of England (BoE) hinted at sooner and faster interest rate rises. The pound euro exchange rate soared over 110 points or 1%, to hit €1.1450, taking the rate back to levels seen at the beginning of February, before easing back towards the close.

The Bank of England’s Monetary Policy Committee (MPC) voted to keep interest rates on hold at 0.5%, as analysts had been expecting. However, the central bank also hinted at rates rises coming sooner and potentially faster than the bank had forecast in November.

BoE Governor Mark Carney, pointed to faster global economic growth supporting growth in the UK, which resulted in the BoE increasing their economic outlook. Meanwhile, the bank anticipates that inflation will remain elevated and above the set 2% target level. The BoE explained that these conditions could lead to 2 rate rises this year, the market assuming the first could be as soon as May. The pound rallied hard on the prospect of increased interest rates

Today, investors will switch their attention to a slew of economic data releases, including industrial production, construction output and manufacturing production, as well as the NIESR GDP estimate for January. Weaker than forecast figures could concern traders that the UK economy is not ready for rate rises to come sooner.

Eurozone Inflation Remains an issue for the ECB

The European Central Bank’s (ECB) Economic Bulletin, did little to boost investor appetite for the euro. The report once again highlight inflation concerns within the bloc. The report said that the eurozone is yet to show any convincing signs of a sustained upward trend in inflation. Despite strong economic growth, the bloc continues with sluggishly low inflation, which is taking longer to move towards the ECB’s 2% target level than the central bank was initially anticipating. With inflation set to remain low for longer, the ECB are unlikely to start tightening monetary policy by hiking interest rates soon.

Today there is no high impacting eurozone economic data, so UK data is more likely to move the pound euro exchange rate.