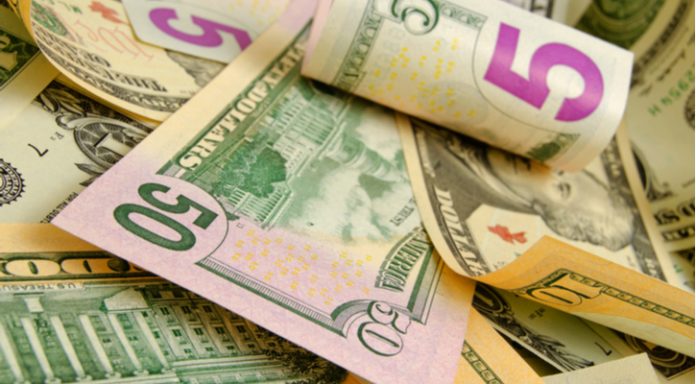 The pound tumbled lower versus the US dollar in the previous session. US government news boosted the dollar, whilst pound traders looked nervously ahead to the Bank of England interest rate announcement today. The pound dropped to a low of $1.3849, before climbing slightly higher towards the end of the session.

With little in the way of high impacting economic data to drive direction in the pound in the previous session, investors focused on Brexit developments. UK Prime Minister Theresa May met with her Brexit cabinet, a group of senior ministers, to decide on the end state for the UK after Brexit. The group includes ministers from both sides of the Brexit fence. A final decision is unlikely until next week. However, investors will be watching any headlines in the meantime, looking for signs of that Britain will be closely aligning itself with the EU to prevent a hard Brexit.

Today at 12:00 GMT, the BoE will release its interest rate decision, followed by minutes from the monetary policy and the quarterly inflation report. Analysts are expecting the central bank to keep rates on hold. Therefore, the central focus will be on the inflation report and economic forecasts. These will be the first updates since the BoE raised rates in November. Some market participants had believed that the central bank would be slightly more hawkish, given improved sentiment and strong economic growth in the fourth quarter. However, given looming Brexit uncertainties the central bank is more likely to remain in a wait and see mood

News that US Senate leaders have managed to agree a 2-year budget deal pleased the markets. This means that the US government will remain funded for 2 years, lifting caps on military and domestic spending and putting an end to shutdown threats which have plagued congress. Whilst there are many positives to this, the most obvious downside is that this will add to the deficit, which is already ballooning after the Republican tax cut. However, dollar traders have been able to focus on the benefits of no more uncertainty from government shutdowns for 2 years, boosting the dollar.