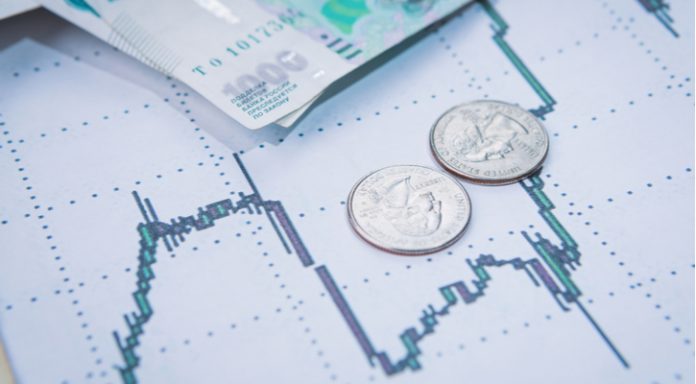 The pound experienced a heavy sell off versus the US dollar in early trade on Tuesday. The pound dived over 100 points, only to claw back the gains later in the day. Concerns over the health of the UK economy and potential higher interest rates in the US were key factors on Tuesday.

The pound initially sold off versus the dollar after the release of weaker than forecast data from the British Retail Consortium. Retail sales in the UK increased 0.6%, which was a solid performance and ahead of December’s decline of 0.1%. However, the figure still missed analyst expectations of an increase of 0.7%. After weaker data at the end of last week and the beginning of this week, and ahead of the Bank of England announcement on Thursday, pound traders are particularly sensitive to UK economic data missing forecasts.

Today is expected to be another quiet day for pound traders with no high impacting releases and so far relatively tame Brexit headlines from the most recent round of Brexit talks. Market participants will be waiting cautiously ahead of the Bank of England’s “Super Thursday”. This is when the central bank releases the interest rate decision, the minutes to the monetary policy meeting and the quarterly inflation report. A substantial amount of information for investors to sink their teeth into.

Whilst the BoE are expected to keep rates on hold this month, investors will be watching carefully for any signs that the central bank could be more aggressive in their approach to monetary policy.

The US trade deficit, grew 12.1% to $53.1 billion in Trump’s first year as President. Analysts had been expecting it to grow to just $52.1 billion. This data suggests that Trump has made little progress in his attempt to rewrite the US trading relationship with the rest of the world. The rise in trade deficit, is mainly down to a strengthening domestic economy, increasing the demand for imported goods, rather than anything more sinister. In weakening economies, a falling trade deficit could be a warning sign, but that isn’t the case with the US right now.

Today could potentially see another quiet day for the dollar. Fed speakers hitting the airwaves later in the day could provide some volatility should they give away any further clues as to the number of rate rises that investors could expect this year from the Fed.