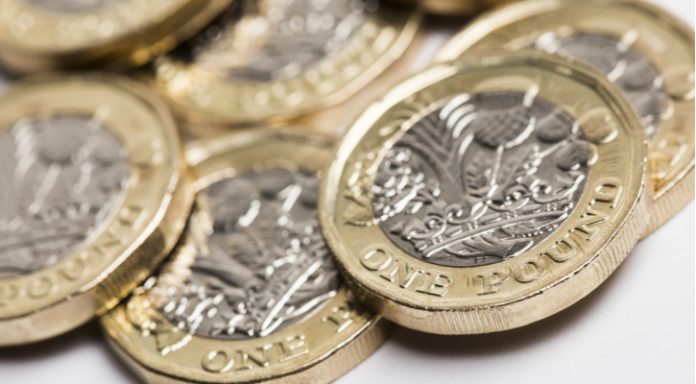 The pound moved lower versus the euro on the final trading day of the week. The 0.58% fall in sterling against the euro, wiped out all the gains that the pair had made during the week. The pound euro exchange hit a high of €1.1475 earlier before selling off to close on Friday at €1.1337.

Demand for the pound wobbled towards the end of last week after data showed weaker than forecast manufacturing activity and construction activity heading towards stagnation in January. While these two areas of the economy don’t make a huge contribution towards the UK GDP there are still significant. Furthermore, often when these two readings are weak, analysts expect a softer service sector reading as well.

Today will see the release of service activity data. Analysts are expecting a number of 54.1, a slight slow down from December’s 54.2, whereby a number above 50 indicates expansion and a number below 50 indicates contraction in the sector. A slowdown in the service sector is more concerning for the pound, given that 80% of UK economic activity is from the service sector. Therefore, any slowdown here could impact heavily on UK economic growth. A slowdown in the service sector is also a very real possibility due to the increasing pressure on UK consumers from high inflation and falling wages in real terms.

On a separate note, Brexit talks are due to kick off once more this week, with the transition element of Brexit moving into focus. Sterling is likely to be very sensitive to any headlines on the subject.

The euro was broadly out of favour on Friday, just less so than the pound. Economic data had been mixed for the bloc across the week. Closely watched inflation data, showed that prices were rising in January. This will be a welcomed relief for the European Central Bank who have been struggling to push prices higher across last year.

Other data showed Germany falling short on manufacturing pmi’s. However, the figure at 61.2 was still impressive and significantly higher than UK manufacturing numbers. Overall data for the eurozone has showed the bloc has started 2018 on a solid footing.

This week looks ready to be a busier week for sterling than the euro. Therefore, movements in the pound are more likely to drive the pound euro pair. Today euro investors could look towards eurozone service sector data and retail sales numbers, however, analysts are not expecting these figures to create much volatility.