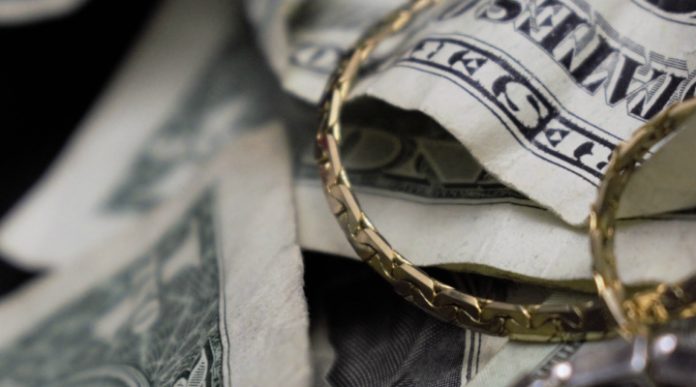 The pound sunk to a two-week low versus the dollar on Tuesday. Increased demand for the dollar ahead of the US Fed interest rate decision and inflation woes, pulled the pound US dollar exchange rate to a low of $1.3304 for the pound.

The pound initially spiked higher on the news that the cost of living in the UK had increased by more than what analysts had predicted in November. Inflation increased 3.1%, ahead of the 3% year on year that analysts had been forecasting. On a month on month basis, inflation ticked up to 0.3%, ahead of last month’s 0.1% and higher than analysts forecasts of 0.2%.

Usually higher inflation would cause investors to adjust the odds of an interest rate rise higher. However, given that the Bank of England hiked rates just last month, no change in monetary policy is expected to come from these results.

Today investors will look towards UK wage data in order to assess how much pressure is being placed on the UK consumer. Analysts are anticipating that average wages will have increased 2.5% in the three months to October. This would be a 0.3% uplift from September, which would go some way to closing the gap between wages and the rising cost of living. A strong reading could be expected to boost the pound.

The dollar moved higher on Tuesday as investors wait patiently for the US Federal Reserve monetary policy decision later today. The Fed are expected to hike rates by 25 basis points despite some ongoing concerns over low inflation.

In the previous session, the producer price index (PPI) jumped to over 3%, its highest level in 6 years. PPI is a measure of inflation at factory gate level, so points to a firmer inflation level in the future. The strong reading could help to ease some concerns at the Fed as officials enter into the two-day FOMC meeting. Should this be the case, the Fed could turn more hawkish.

The market is almost certain that the Fed will hike rates. Therefore, the impact on the price of the dollar could be limited. Instead investors will focus on the statement and press conference in order to project the path of interest rate rises in 2018. A more aggressive Fed could result in the dollar climbing higher.