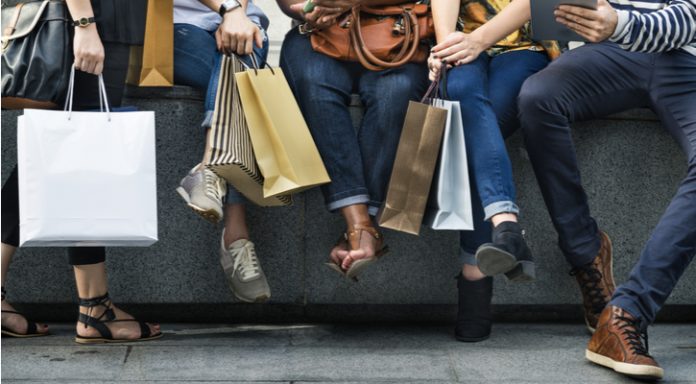 Renewed concerns over the health of the UK economy sent the pound southwards on Thursday, whilst a weak euro boosted the US dollar. Consequently, the pound US dollar exchange rate plunged 0.7% to a low of US$1.3162, wiping out most of sterling’s gains from Wednesday’s session.

Sentiment towards the pound slid again in the previous session. Data from the Confederation of British Industry (CBI) showed that UK retail sales dropped sharply lower in October. The CBI survey showed that the largest percentage of retailers reported falling sales in October since 2009. This is just the latest in a string of evidence which indicates that rising prices and sluggish wages are squeezing the UK consumer. As a result, British households are spending less, and reprioritizing their spending away from non-essential items and towards essential items.

Retail sales data does have a tendency to be volatile, but this weakness has now been evident across a couple of months. This suggests that a significantly weaker trend is being established.

The weak data is concerning for retailers as Christmas quickly approaches. It’s also concerning investors who believe that the Bank of England (BoE) may hold back on an interest rate rise next week given the loss of momentum in the economy. As the markets’ perceived odds of an interest rate decreased, so did the value of the pound.

Today there ‘s no influential UK economic data. Pound investors will look ahead to next week’s BoE monetary policy meeting and interest rate decision next Thursday.

Will US third quarter GDP impress?

The dollar was in demand on Thursday thanks in part to investors selling out of the euro. When European Central Bank President (ECB) Mario Draghi disappointed the market with his conservative message, the euro tanked versus most of its peers. Meanwhile, the dollar soared as these investors who sold out of the euro looked towards the dollar as a suitable alternative investment.

Investors will now look towards today’s US GDP data. Analysts are forecasting that the US economy will have grown by 2.6% on an annualised basis. This would represent a slight easing back from growth of 3.1% in the second quarter. However it’s still an encouraging number and, if reached, could boost the dollar further.