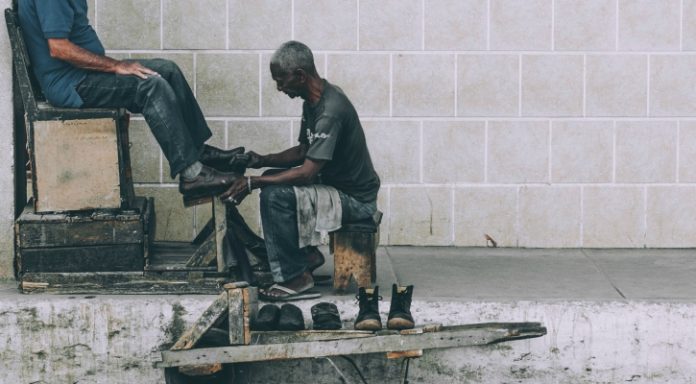 Confidence in the pound remained strong in the previous session as investors continued to focus on last week’s progress in Brexit talks. Investors are hopeful that transition talks and trade deal discussions will start by Christmas. However, the pound remains a very politically driven currency. Should headlines suggest that these talks may not begin until later next year, the pound could come under pressure once more. If the talks are delayed, hopes for a smooth Brexit are pushed back.

Brexit aside, the pound gained, despite Confederation of Business Industry (CBI) data showing that business optimism dropped to its lowest level in a year. This doesn’t bode well for the British economy as a whole, particularly given that the UK consumer is being squeezed by rising prices and falling wages in real terms.

Looking ahead, today’s economic calendar for the UK is extremely light. Instead, investors will need to wait until Wednesday’s preliminary GDP reading. Gross domestic product (GDP) is the total value of everything produced by all the people and companies in the country and is the best way to measure a country’s economy. Analysts are expecting this to come in at 1.4%, down from 1.5% in the previous quarter. Should the data show that the UK economy grew more slowly than analysts forecast, the pound could then drop sharply.

The euro was under pressure as the new week kicked off. Concerns over the political turmoil concerning Catalonian independence from Spain kept demand for the common currency weak. However, investors are now turning their attention to economic data today and more so to the European Central Bank (ECB) meeting on Thursday.

Manufacturing & services activity data for the eurozone is due to be released. Analysts are forecasting that activity will have dipped slightly from last month, but the sectors remain firmly in expansion. Any surprise to the upside could help boost the euro from its recent decline.

Analyst are expecting euro traders to keep one eye focused on the European Central Bank (ECB) meeting on Thursday. The central bank is expected to announce the plans for winding down its bond-buying programme. The ECB buys bonds in the primary market, taking the place of some other investor who would have bought the bonds but cannot because the ECB purchased them instead. As a result, the investor now has money to invest in other bonds, thereby pumping liquidity into the market.