Home GBP Dollar Steady Against the Pound Ahead of U.S. Retail Sales & Inflation 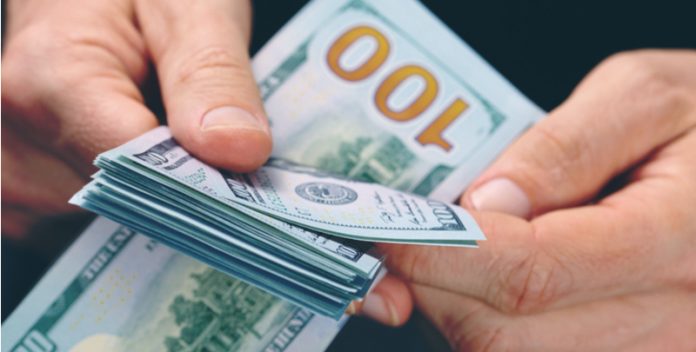 Thursday was a quiet day as far as economic releases were concerned for both the UK and U.S., but rhetoric from policymakers on both sides of the Atlantic more than made up for the shortfall.

The pound received a boost in early trading on Thursday when Bank of England (BoE) policy maker Ian McCafferty waded into the monetary policy debate in the UK. McCafferty spiced things up by saying that the BoE should begin winding down its current bond buying stimulus programme (Quantitative Easing or QE). The BoE currently holds £435 billion in government debt, the majority of which is government bonds, brought during the financial crisis using newly printed money.

The unwinding of this programme is expected to push up the cost of borrowing. The BoE had previously suggested that it would not begin unwinding until interest rates were back up at 2%. This would indicate the stimulus was set to continue for some time yet given that interest rates are still only at 0.25%. His comments served to increase interest rate expectations, thus pushing the pound higher.

Today there nothing on the economic calendar for the UK meaning that news flow from the U.S. is more likely to drive movement in the pound-dollar exchange rate.

Inflation data in focus after a more upbeat speech by Yellen

Despite a strong pound, the dollar was also finding support as investors focused on Federal Chair Janet Yellen’s second day of Testimonies before Congress. This time however, she stuck to a more upbeat assessment, hinting the U.S. economy was on the mend. She focused on unemployment to prove her point, dismissing low inflation as a temporary factor which will correct itself over time thanks to low unemployment.

The main release today is the U.S. inflation data, in the form of the Consumer Price Index. This could give the markets some insight as to how temporary current inflation issues are. Analysts have pencilled in an increase in inflation on a monthly basis of 0.2%.

Retail sales will also be under the spotlight and a similarly weak reading is expected as a lack of spending still plagues the U.S. economy.