Home GBP Pound Back to $1.29 After Strong UK Jobs Data and Janet Yellen... 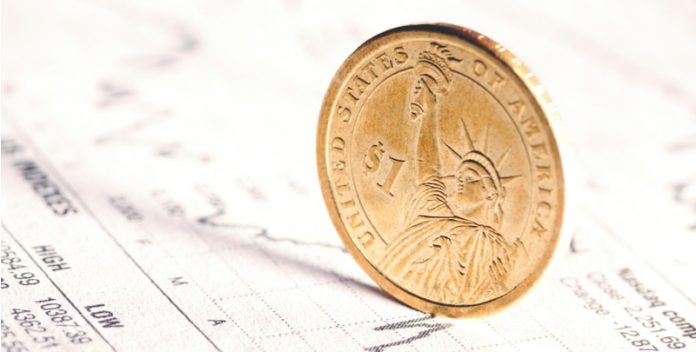 After a busy Wednesday, today’s session looks rather calm in comparison. The pound rallied strongly versus the dollar in the previous session. A strong UK jobs report and a more conservative U.S. Federal Reserve Chair, pushed the pound-dollar exchange rate to a day’s high of $1.2908.

Wages grew in the three months to May at 2%, beating expectations of 1.9%, and up slightly from the 1.7% reading the previous month. The 2% figure is good news in itself, but when inflation is pulled into the equation at 2.9% in May, wages are still a long way behind the cost of living. Unfortunately, this spells bad news for the consumer and for the UK economy which is so dependant on consumer spending.

Other areas of optimism in the UK jobs report came from unemployment hitting a 43 year low after it unexpectedly ticked down to 4.5% and the employment rate reached a fresh all-time high at 74.9%. Finally, jobless claimants beat expectations at just 6,000 compared to the 10,000 analysts had forecast.

Today’s figures point to a tightening in the labour market. As the labour market tightens wages will usually then push higher. And as wage growth is a lagging indicator the expectation is that wages are now set to increase.

Higher wages mean higher inflationary pressures and usually lead to a rise in interest rates by the central bank. Higher interest rate expectations tend to push a currency higher, which is what happened to sterling.

The economic calendar for the UK is now quiet for the remainder of the week. With this in mind the dollar could take a more dominant role in the direction of the GBP-USD exchange rate.

The dollar was out of favour in the previous session after Federal Reserve Chair Janet Yellen unexpectedly sounded more conservative in her semi-annual testimony before Congress. She confirmed that gradual rate hikes will be required over the next few years but also said that rates won’t have to rise much further to go neutral. Once more Yellen clearly stated that everything hinged on inflation, which remains uncertain and is still below the central bank’s 2% target, after dropping recently.

These are not comments made by a central banker keen to hike rates and a September rate rise is now almost completely off the table. The probability of a December rate rise is still at just 50%. When interest rate expectations dip, so does the value of the currency, which is why the dollar sold off.