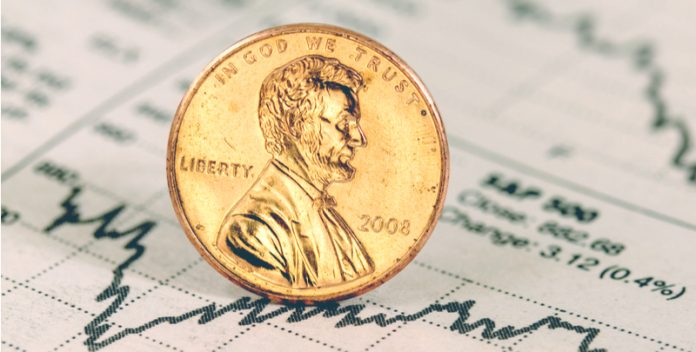 Broad dollar weakness was not enough to halt the pound’s slide on Tuesday. Sterling dropped from a high of $1.2927 to $1.2847, close to its low for the day. Sterling weakness came after investors were left disappointed by a Bank of England policymaker.

The market had been looking eagerly towards influential BoE policymaker Ben Broadbent’s speech in Aberdeen. This was expected to be an opportunity to asses whether Broadbent would be joining his other members and voting for an interest rate hike before the end of the year. However, Broadbent gave nothing away, opting to discuss the impacts of Brexit on trade rather than any reference to monetary policy. This was a classic case of the market getting ahead of itself and upping interest rate expectations without reason. When interest rate expectations drop so does the currency, which is what happened to the pound in the wake of Broadbent’s speech.

Pound traders will now be looking ahead to the UK wages report due this morning. This will give further insight as to whether wages are managing to catch up with inflation. Should wages growth continue to be anaemic, the pound could slip even lower. UK wages are predicted to have fallen to 1.8% from 2.1% in the previous month.

Meanwhile the U.S dollar was smashed on Tuesday against all its major peers, except the pound. President Trump’s son released emails with British publicist Rob Goldstone, who offered to set up meetings with the Russian government to boost Trump’s presidential campaign. This was to be done through documents that would allegedly incriminate Hillary Clinton and her own dealings with Russia.

News of the scandal came during slow trading ahead of Janet Yellen’s testimony before Congress and U.S. inflation and sent the dollar diving. It seems to be the first confirmation that an associate of Trump attended a meeting in the hope of being handed sensitive information from Russian officials.

Today could well see pressure on the dollar continue as a recovery stemming from Yellen or inflation figures is looking unlikely, given that risk of disappointment is greater at each event.

The market knows Yellen favours tighter monetary policy following recent rhetoric, so anything less when she appears before Congress will send the dollar lower. It would take an extreme change in tone from Yellen to see some upside on the buck. Secondly the inflation report, inflation in the U.S. has been soft recently. Even if inflation is higher in June, investors know that one month’s worth of data doesn’t constitute a trend and therefore any rally could be brief.