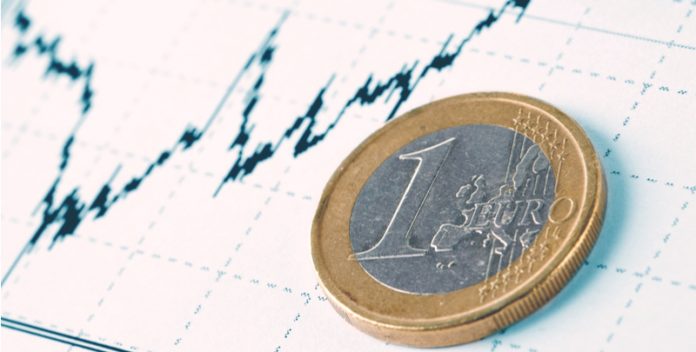 It has been a relatively quiet start to what promises to be a busy week. Wednesday is set to begin a wave of potentially high impact economic data.

Nevertheless, euro traders did have some early figures to digest. Thanks to a surprisingly strong data release from Germany, the euro has the upper hand versus the pound. The euro strengthened, pushing the pound-euro exchange rate down to a session low of €1.1289 on Monday, before climbing marginally to finish at €1.1300.

There was little in the way of economic data to direct the pound in the previous session. Instead investors shifted their gaze to suggestions that Brexit is heating up and UK Prime Minister Theresa May’s weakening position in power. On Monday, May’s calls for more cross party cooperation looked like a rather desperate plea for political stability which weighed on the pound.

Today is again short on economic data, instead two Bank of England (BoE) officials could be grabbing the headlines and moving sterling. Recent BoE rhetoric has been pointing towards an interest rate hike sooner rather than later. However, given the weak economic data released from the UK last week, continued support of a rate hike seems questionable at best. Should the BoE speakers sound more cautious following the softer data last week, then interest rate expectations could ease, pulling the pound lower.

Meanwhile the euro was in favour after the German trade surplus surged in May from €18.1 billion to €22 billion. Germany is reaping the benefits of a stronger global economy, which is in turn positively impacting the German export economy. A stronger economy means a stronger currency. As a result the euro has picked up to a two week high versus the pound.

Interestingly, despite all the positive data that is being released from the eurozone, there are still signs of uncertainty among traders. The index of investor confidence fell slightly from 28.4 to 28.3 in July. This marginal dip could be attributed to persistent uncertainty as to how the European Central Bank (ECB) will approach monetary policy for the remainder of the year.

Today provides little for euro traders to sink their teeth into, with Wednesday’s industrial production figures the next high-influencing numbers.