Home GBP Pound Struggling Below $1.29 Versus the US Dollar 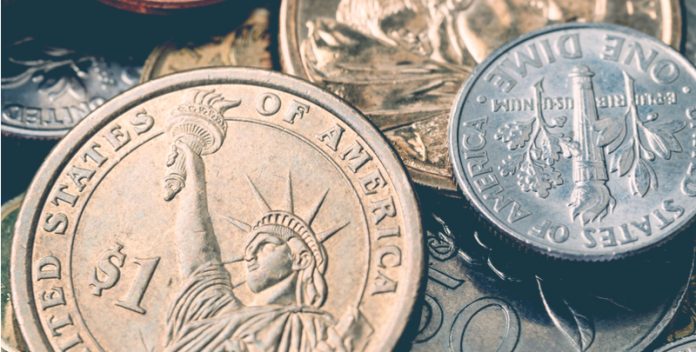 After a string of bad data from the UK throughout the previous week, the pound fell back from its recent 5 week high versus the dollar. Sterling dropped almost 1% against the buck last week to its current level of $1.2890.

Despite the pound hitting a 5-week high at the end of June, a barrage of weak data has raised concerns over the outlook of the UK economy. Business confidence and business activity reports in the manufacturing, construction and service sector all underwhelmed in June. Political uncertainty from the recent general elections plus the starting of Brexit negotiations weighed on business sentiment, pulling the business survey readings lower than analysts had forecast.

As if that wasn’t bad enough, Friday saw the release of other key pieces of data concerning manufacturing, industrial productivity, and industrial activity. Once more the data fell short of what analysts had anticipated, with almost all figures printing negative instead of positive. For example, construction activity was forecast to increase annually by 1% in May, instead it decreased 0.3%. Industrial production was forecast to increase by 0.2%, instead it declined by 0.2%. The weak data has increased concerns over the state of the economy, which has sent the pound lower.

The economic calendar for the pound is busy once again this week. Investors will analyse retail sales figures today, the UK inflation report on Tuesday and wages data on Wednesday. Following these releases, investors will have a slightly clearer picture as to the state of the UK economy and gain a deeper insight into the extent of the squeeze the consumer is feeling.

At last the U.S. economy shows signs of life

Meanwhile the dollar was enjoying a rare burst of positive data, which helped boost the buck amid concerns of a stalling economy. Manufacturing and non-manufacturing data beat expectations early in the week, and then the all-important jobs report came in with another positive result. Job creation in the US rose much faster than had been forecast, which has prompted hopes that the Federal Reserve will push through another rate hike this year, even though wages are not yet rising by any significant amount.

Federal Reserve Chair, Janet Yellen, should let the market know her thoughts on the report and the prospects of another hike at the semi-annual congressional testimony this week. Should the Fed show signs of still being comfortable with the fact that wages are a lagging indicator, then the dollar could take another step higher as expectations of a rate hike before the end of 2017 increase.