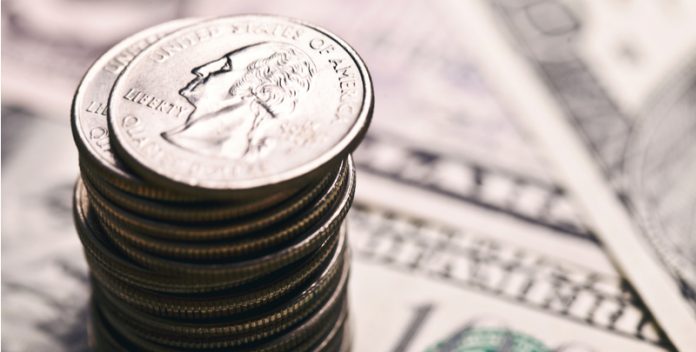 The pound was climbing higher against the U.S. dollar as investors digested the June minutes of the Federal Reserve monetary policy meeting and several days of poor data from the UK. The GBP-USD exchange rate pulled back from a high of $1.3030 on Monday to a low of $1.2923 on Wednesday, before recovering some ground to $1.2930 as Wednesday drew to a close.

Although the pound has recouped some losses against the dollar, that appears to be due to a weak dollar rather than being attributed to a strong pound. Economic data throughout this week has painted a grim outlook for the UK economy as the summer approaches.

The UK’s manufacturing and construction PMI’s both printed lower than what analysts had been anticipating. This indicates a fall in business confidence amid recent political uncertainty following the general election, and amid growing concerns over the uncertainty stemming from Brexit.

Data on Wednesday showed that the activity of the dominant UK service sector also fell short of what analysts had forecast. This confirms that the squeeze on pay, as wages fail to keep pace with the rising cost of living, is negatively affecting both the service sector and the UK economy.

Tomorrow is a quiet day on the economic calendar for the pound, with the trade balance unlikely to impact greatly.

The minutes from the Federal Open Market Committee meeting in June were released in the previous session and did little to soothe investor nerves. There was a lack of consensus among policy makers as to the next move by the central bank. The minutes showed that policy makers vaguely indicated an intention to raise rates before the end of the year; however, some members of the FOMC expressed concerns over the recent drop in inflation. Inflation is expected to be closely watched by the Fed before any further action.