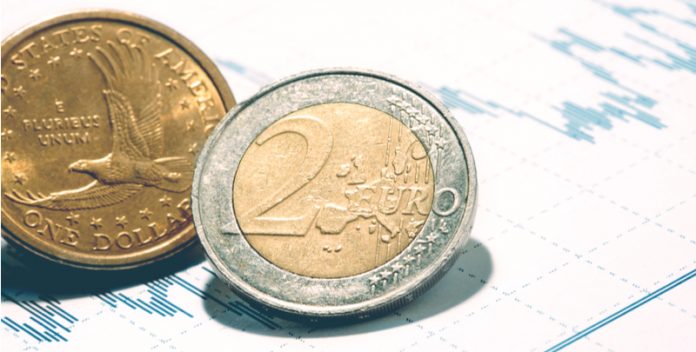 Confidence in the euro surged throughout the course of last week as it charged 2% higher versus the U.S. dollar. Euro traders once again found themselves getting carried away on interest rate hike expectations, whilst the U.S. Federal Reserve could be about to dampen expectations of its own rate hike.

Heading into the new week the euro was managing to keep its head above $1.14. This is the strongest level for the euro versus the dollar in over a year.

Friday saw investor attention focused on inflation figures for both the U.S. and the eurozone. The eurozone reported a slight rise in inflation, year on year, as measured by the core price index. Prior to that, it had suffered with very low inflation despite a recent uptick in economic activity.

Friday’s figures brought positive news as inflation beat expectations at 1.2%. It’s still some way from the European Central Bank target level of 2% but an improvement on last month’s 1%.

This U.S. dollar inflation data came in the form of the Personal Consumption Expenditure index, the Fed’s preferred measure of inflation. The reading showed that underlying inflation dropped by 0.1% which could well contribute to a Federal Reserve which is less likely to hike rates one more time before the end of 2017.

The increasing desire of other central banks to raise rates is exposing some growing reservations at the Federal Reserve, even if not from the top, which is weighing on the buck.

Eyes towards the first of the week’s pmi’s

Looking out across the week, economic condition surveys in the form of PMI’s are in focus. Today sees the release of the manufacturing print for both the U.S. and the eurozone. Whilst any figure above 50 is representative of growth, a figure below 50 is indicative of contraction. The eurozone is looking to reach or beat 57 on the gauge, whilst the U.S. is aiming for 55. A PMI reading above expectations could boost the relevant currency, particularly given the high percentage that manufacturing contributes to each region’s GDP.