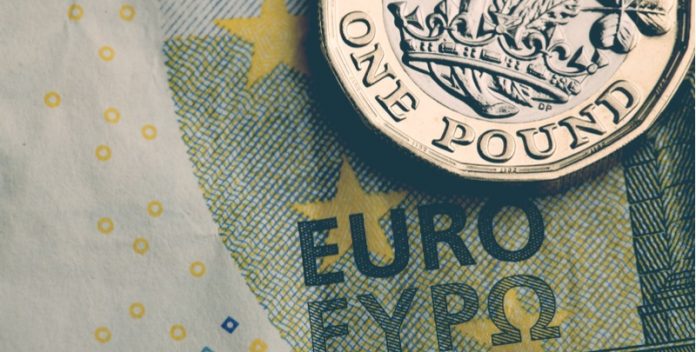 The pound finished last week at about the same level versus the euro as it started, struggling to remain above €1.1400 for any extended period of time. After central bankers stole the show last week, Brexit negotiations and economic data will be back in the driving seat for the pound-euro currency pair this week.

Reports over the weekend reveal that there has been a considerable change in mood in the Department for exiting the European Union (DExEU) since the general election in June. The influence of the Treasury is growing, forcing ministers to choose between prioritising Britain’s economic interests or sovereignty. Business influences that were silent pre-election are now finding their voices again and are more supportive of a high-access soft Brexit deal. Any signs over the course of the next week that the DExEU could be softening its approach would help support the pound.

The other key area this week for both the euro and the pound are the release of economic health indicators, as measured by PMI’s. The PMI’s are released for the manufacturing sector today, the construction sector on Tuesday and finally the service sector on Wednesday. A figure over 50 represents expansion within the sector, whereas a figure below 50 indicates contraction.

The manufacturing PMI is important for both the pound and the euro because manufacturing contributes to a large total of the UK and eurozone GDP. It’s considered an important indicator not just of business conditions in that sector but for the overall economic conditions of the region.

Whilst the eurozone is expected to print at 57, the UK is forecast to print at 56.7. Weaker figures from either would pull that particular currency lower.

The other area of interest today will be the unemployment level for the eurozone. The rate is expected to tick down to 9.2% from 9.3% the previous month. A fall in the unemployment rate is considered positive for a currency, so a larger decrease than expected may find the euro pushing itself ahead of the pound.