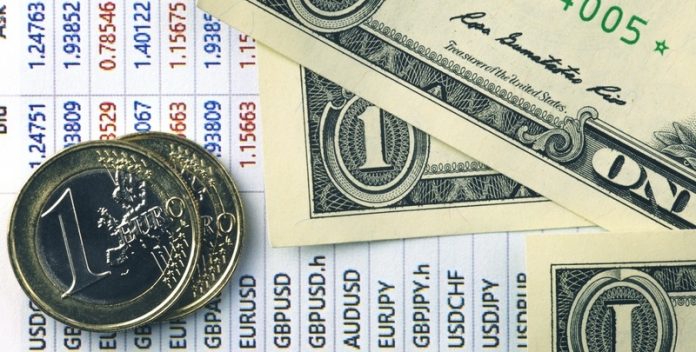 The euro continued its ascent against the U.S. dollar in the previous session as consumer sentiment in the eurozone hit a 10 year high. The positive data overshadowed good news for the U.S., as their own GDP was revised upward. Going into the final day of the week, the euro was trading at $1.1440 versus the dollar. This is the strongest level for the euro in its exchange rate with the dollar in over a year.

Investors will now look ahead to eurozone inflation data, as measured by the consumer price index (CPI), which is due later this morning. Bloomberg analysts are anticipating inflation to drop from 1.4% the previous month, to 1.2% annually. On a monthly basis inflation is expected to remain steady at 0.9%.

The market is not expected to cheer this, especially given that crude oil prices continue to weaken, meaning the outlook for inflation is also likely to weaken. This is bad news for the euro because European Central Bank President Mario Draghi has said on numerous occasions that he wants to see inflation tick closer towards the 2% target set by the bank, before interest rates can be raised. A lower figure for inflation would cause interest rate expectation to drop, which tends to cause the currency to weaken.

Unlike most other central banks, who focus on the CPI, the US Federal Reserve prefer personal consumption figures as their most considered gauge for inflation.

They’re currently watching this data very closely to decide whether or not to increase interest rates one more time before the end of the year. With that in mind this inflation data has the potential to influence an interest rate hike, which is sitting at 54%, as well as to move the dollar.

Bloomberg analysts are forecasting an annual drop in PCE from 1.5% to 1.4%, with monthly figures declining from 0.2% to 0.1%. Should the data come in lower than expected, investors could look to move out of the dollar. Where as a stronger than expected GDP figure in the previous session could offer some support to the buck.