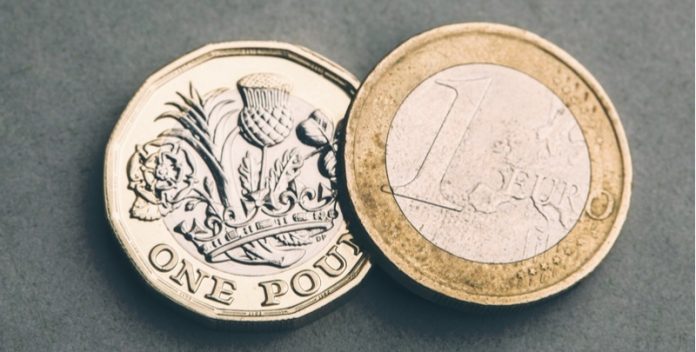 The pound was trading flat against the euro as both currencies were in demand. Heading into the final day of the week the pound euro exchange rate was trading at €1.1370.

Sterling rallied earlier in the week after Mark Carney said that raising interest rates may be a necessity. The Bank of England (BoE) also highlighted concerns over consumer debt levels, which resulted in investors paying particularly close attention to the release of consumer credit data released in the previous session. Consumer debt figures confirmed BoE fears, with debt levels coming in at £1.7 billion, much higher than the £1.5 billion forecast by analysts.

The pound rallied on the release of the data as hopes were boosted that the BoE could be forced into raising rates in order to put consumers off from borrowing more debt. At the moment debt is cheap, if interest rates are increased, then debt becomes more expensive and consumers are then less tempted to take on more debt. When a central bank could be close to raising interest rates, a currency’s value is normally boosted.

The mood for the euro was also strong in the previous session, with demand matching that for the pound. Positivity for the euro came after data showed that inflation in Germany, the powerhouse of Europe, ticked up more than expected. German inflation, as measured by core price index, came in at 1.4% ahead of the 1.2% anticipated by analysts.

This is relevant because inflation in the eurozone has so far failed to increase as economic growth in the region has picked up. On numerous occasions, the European Central Bank has said it wants to see inflation levels move closer towards the 2% target level set by the central bank. Only when inflation starts to move northwards will the central bank consider tightening monetary policy by either raising rates or ending its current bond buying programme. Higher inflation in Germany is boosting hopes of higher inflation in Europe as a whole, which is increasing buying interest in the euro.