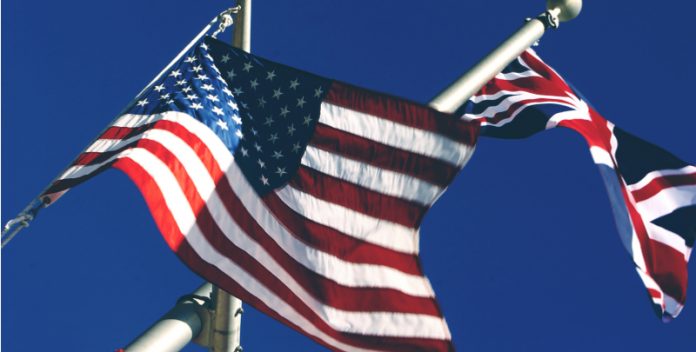 The pound raced higher versus the U.S dollar after Bank of England (BoE) Governor Mark Carney suddenly said he sees the potential for an interest rate rise.

The pound rallied over 1.2% charging through $1.2900 and eyeing the potential target $1.300, an important psychological level. The pound is currently at the highest level versus the dollar since prior to the UK general election in June.

Carney commented that an interest rate rise might be “necessary” under certain conditions, which are starting to present themselves. Should the global recovery continue to gain momentum and trigger a resurgence in investment into Britain and an increase in wages, then a tightening of monetary policy, such as an interest rate rise, would be required.

Carney’s comments were even more remarkable given that just a week ago he said that now was not the time for a rate hike. Interest rate expectations had been on the rise following the latest BoE monetary policy meeting meeting, after 3 of the 8 members voted for an immediate rate hike when the market had been expecting just 1 dissenter. As rate hike hopes are running high, this boosts a currency’s value — which is why the pound rallied.

With central bank talk safely out the way for the time being, investors will be looking towards UK consumer credit data, which measures British consumer debt. This is considered mid-tier data — so it’s of mid importance. The reading could receive more attention than usual tomorrow after the BoE highlighted fears of rising consumer debt earlier in the week. Should the figures show consumer credit is higher than expected, the pound could tumble. This is because the BoE may be put off from hiking rates if it means too many consumers will be unable to meet their repayments. This could then result in a wave of debt defaults, which is ultimately bad news for the economy.

There is little demand for the dollar at the moment. Data coming out of the U.S. continues to disappoint, with United States pending home sales just the latest in a long list of numbers failing to meet analyst expectations. When data is weaker than anticipated, the currency usually devalues, which is what has been happening to the U.S. dollar.

Today investors will be anxiously casting an eye to the final release of the third quarter GBP. The preliminary reading released in May was 1.2%, which is the same estimate for the final reading. A weaker figure could potentially push the dollar lower as confidence in the U.S. economy evaporates.