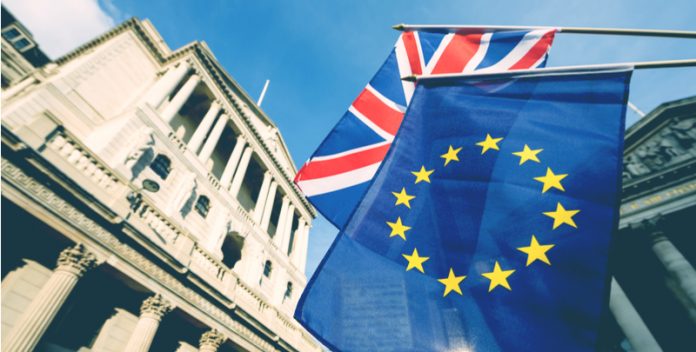 The pound euro exchange rate spiked on Wednesday after Governor of the Bank of England (BoE) made a sharp U-turn over his outlook for the UK economy, and the need to raise interest rates.The pound surged 0.7% versus the euro to €1.1400 after Mark Carney said that the case for increasing interest rates appeared to be growing.

Expectations for a rate hike in the near future have been on the increase since the last BoE monetary policy meeting, where a shock split vote caught the market off guard. Three of the eight policymakers voted for a rate increase from 0.25% to 0.5%. However, Carney only last week was adamant that now was not the time for rate rise. In his abrupt turnaround, Carney said that an interest rate increase will be “necessary” should the current global recovery spark a revival in investment into the UK and lead to higher wage growth.

Interest rate expectations have increased significantly following Carney’s speech and when interest rates are expected to rise, the currency will usually increase in value. This is what happened to the pound.

Today sees the release of UK consumer credit data, which is the amount of money that consumers borrowed. This month’s reading could attract more attention than normal following growing concerns from the BoE over levels of consumer debt. A high figure could prompt a sell off in sterling. The BoE could be put off from raising interest rates if it would mean that too many consumers would then be unable to meet higher interest costs. This could then spark a wave of debt defaults which would be disastrous for the economy.

The euro had been in demand early on Wednesday as optimism from European Central Bank (ECB) President Draghi’s speech earlier in the week continued to support the common currency. Traders had been convinced that Draghi was hinting at an interest rate rise soon for the eurozone. However, on Wednesday the ECB confirmed that the market had misjudged his comments, which pulled the euro lower versus the pound.

Whilst central bankers have been the principal focus for the beginning part of the week, today investors will switch back towards economic data. The Eurozone economic sentiment indicator is a survey on consumer confidence in economic activity. A stronger than expected reading will usually boost a currency.