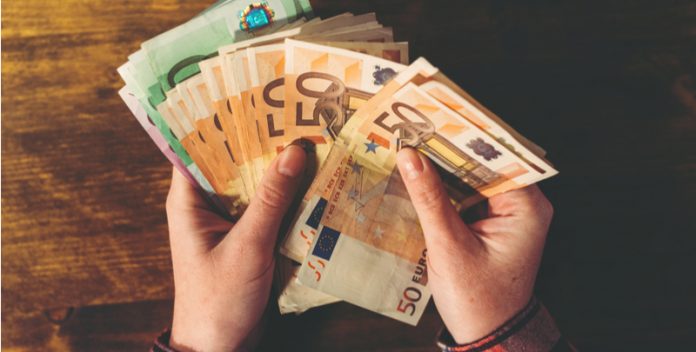 The euro surged early on Tuesday after a speech by ECB President, Mario Draghi. Draghi pointed to the eurozone economy growing for 16 consecutive quarters, an economy that was in a strengthening and broadening recovery. Draghi also referenced low inflation across the bloc as the reason why the ECB had kept monetary policy so accommodative. Most importantly for the market, Draghi subtly changed his language by calling for “considerable” instead of “very substantial” degree of stimulus.

This was a very minor change in Draghi’s tone, but more than sufficient to impact the euro. Hopes are increasing that the ECB is coming close to starting the process of removing its economic stimulus package, which could end in an interest rate rise. The expectation of a tighter monetary policy in the eurozone pushed the common currency northwards.

Draghi will be speaking once more this afternoon at the ECB Central Bankers Forum. Given the sensitivity of the euro to Draghi’s comments, there’s plenty of room for disappointment – but as long as he continues with the same tone, then the euro rally could take a step higher.

The dollar weakened broadly following a delay in the healthcare bill vote in the U.S. Senate. The vote has been stalled after several republicans have confirmed they won’t vote for the bill in its current form as a replacement to Obamacare. The problem for the dollar isn’t the healthcare bill itself, but more what this hold-up says about Trump’s potential for pushing other policies through the U.S. Senate such as tax reforms and infrastructure spending projects. These other policies are considered positive for the dollar, and any perceived delay will pull the dollar lower, which is what happened on Tuesday.

Today there is little influential economic data for the U.S. Pending home sales could attract some attention, although most investors will be looking ahead to the final release of GDP data for the first quarter on Thursday.