Home GBP BoE Sends Pound to $1.34 Versus the Dollar 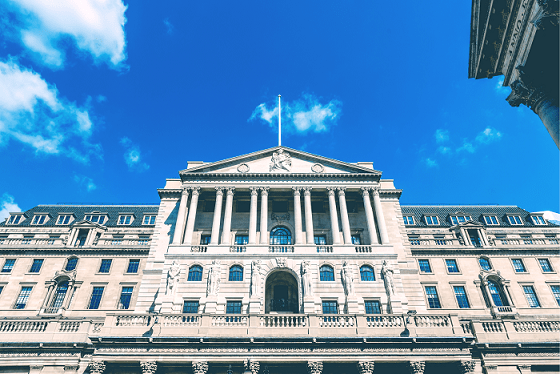 The pound soared against the US dollar following a hint from the Bank of England that UK interest rates could rise in November. The pound traded over 180 points higher versus the dollar, which equates to a rally of 1.4%. This takes the pound US dollar exchange rate to US$1.34, its highest level since early September last year.

The Bank of England voted to keep the interest rate level unchanged at 0.25%. The vote split was 7 policy makers in favour of keeping rates at the current level, whilst Ian McCafferty and Michael Saunders voted to lift the interest rate to 0.5%. This was as city analysts had expected. What analysts and investors alike hadn’t foreseen, was the possibility of a rate hike next month.

The minutes of the meeting showed that the majority were in favour of “some form of removal of economic stimulus is likely to be appropriate over the coming months” unless there is a sudden string of weak economic data. The two key points here is that firstly, the BoE is comfortable reducing stimulus despite the current lacklustre economic growth. Secondly the BoE is paying particular attention to high inflation and low unemployment, rather than the weak wage growth data that was released on Wednesday.

The BoE comments have pushed the market’s expectation of an interest rate rise significantly higher. The probability of a November rate hike has jumped to 41.5% from just 18% last week. As the interest rate expectation moved sharply higher so did the value of the pound.

With little high impact data out today, investors are expected to continue digesting the BoE announcement into the weekend.

US inflation starting to pick up

Whilst inflation is very high in the UK, the US was having problems with stubbornly low levels of inflation. However, recent data shows that the cost of living in the US could finally be ticking higher. Inflation as measured by the consumer price index hit 1.9% in August beating expectations for the first time in 5 months.

Members of the Federal Reserve had said that they would prefer to see inflation move closer towards the Fed’s target of 2% below rates are hiked again. Therefore, these figures support the case for another interest rate rise possibly before the end of the year.

Today sees the release of retail sales data. The market will be looking for confirmation that consumers are spending, which is sending inflation higher. However, it is worth noting that the recent hurricanes could impact on the readings.