Home EUR Will the Bank of England Meeting Send the Pound Higher Versus the... 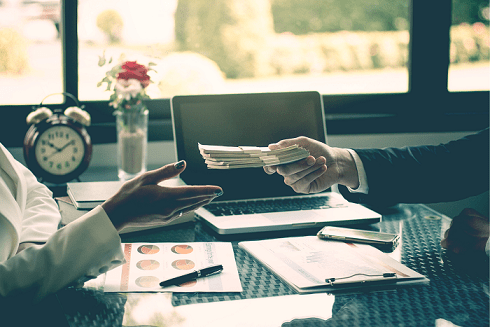 The pound showed some resilience versus the euro on Wednesday. Following disappointing news that UK wages were failing to keep pace with skyrocketing inflation the pound dropped sharply versus the common currency. However, sterling managed to regain lost ground over the course of the afternoon as investors looked towards the Bank of England Monetary Policy Committee (MPC) meeting. The pound euro exchange rate finished the day at €1.1115, just marginally higher than where it started.

Despite unemployment in the UK unexpectedly dropping to the lowest level in 42 years, the pound tanked. This is because rather than focusing on unemployment hitting just 4.3%, pound investors centred on the sluggish wage growth which will impact on the consumer. Average wages remained stagnant growing at 2.1%, significantly less than the rate of inflation which is currently 2.9%.

So the problem for the Bank of England is whether to raise interest rates, in order to keep the runaway inflation in check. Would the consumer be able to withstand an interest rate rise when they are already being squeezed by the rising cost of living and a pay cut in real terms. An interest rate rise would mean that interest payments on debts and mortgages would be higher, and therefore would add additional pressure to household wallets.

City analysts are increasingly expecting the vote split to remain at 7 -2 with 7 policy makers voting to keep rates on hold, but for the Bank of England Governor Mark Carney to deliver a message highlighting the fact that the central bank stands ready to raise rates if necessary. Should the vote split shift to 6-3, with 3 voting in favour of a hike, then the pound rally could continue.

Euro struggles in a quiet week

Overall the mood for the euro was weak. The economic calendar for the eurozone has been light this week which has left investors focusing on speeches by European Central Bank officials; the majority of which have had a conservative tone suggesting that low interest rates for the bloc could be the norm for an extended period. Wednesday finally saw the release of some mid-tier data, industrial production numbers, but as the numbers were weaker than what analysts had anticipated, the euro moved lower.