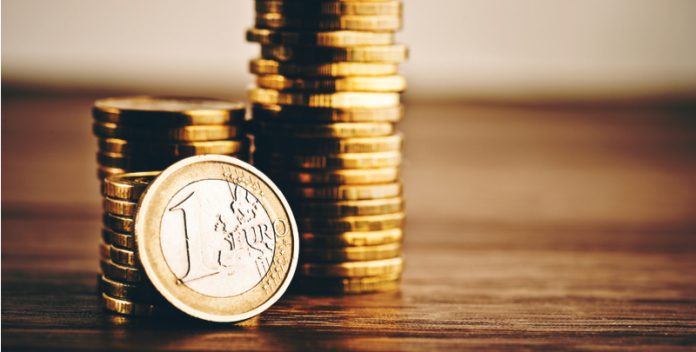 The euro U.S. dollar exchange rate concluded the previous session at $1.1181 after hitting a session high for the euro of $1.1220. This level is the strongest level for the euro against the U.S dollar since mid-May.

The euro moved lover versus the dollar in early trade as more details came to light regarding the bailout of two Italian banks. Over the weekend the ECB agreed that the Italian government could bail out Veneto Banca and Banca Populare di Vicenza at a potential cost of €17 billion. Italy is already bailing out another of its banks for €6.6 billion. The overriding fear was that the Italian banking system could potentially threaten the stability of the eurozone financial sector. However, as these fears resided ,the euro was able to gain some ground.

Investors will now look ahead to a speech from ECB President Mario Draghi later this morning. Draghi already poured cold water on interest rate expectations on Monday by once more talking up the benefits of the loose monetary policy. Investors won’t be holding their breath for a different tone from Draghi today.

U.S. durable goods orders shrank by 1.1% in May, almost twice as much as what Bloomberg analysts were expecting. This means that both U.S. businesses and consumers are choosing to hold back from spending on costly one-off items such as cars, appliances and machinery. A slowing in spending is not good news for inflationary pressures of an economy, nor for the growth of the economy itself. As a result, the dollar came crashing down, boosting the euro in the exchange rate.

Dollar traders will look ahead to this afternoon when several Federal Reserve Officials will speak, including Federal Reserve Chair Janet Yellen. The market is looking for clarification, as last week several Federal Reserve speakers gave positive statements regarding the outlook of the U.S. economy, but hard data is simply not supporting these upbeat outlooks. As a result, investors are starting to rein in their hopes of an interest rate hike which has in turn weighed on the price of the dollar. Should Janet Yellen give any hints that a rate hike is out of the question until certain economic indicators improve, then the dollar could take a step lower.