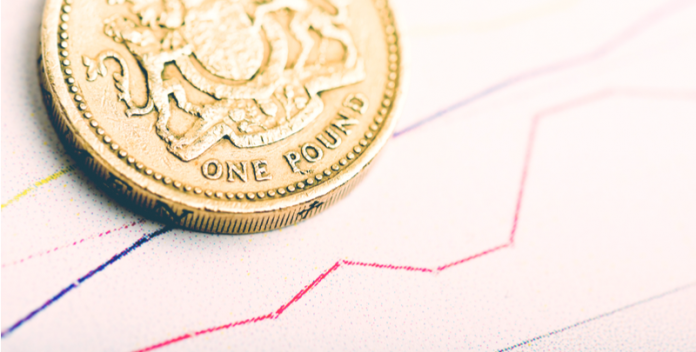 The pound moved lower against the dollar on Monday, despite a deal finally being reached between the UK’s Conservative and Northern Ireland’s Democratic Unionist Parties (DUP). The pound initially moved marginally higher, before weakening to a day’s low of $1.2706 before finishing the day at $1.2723.

After two weeks of negotiating, a confidence and supply agreement was finally arranged between the Tories and DUP. In exchange for an extra £1 billion funding for Northern Ireland over the course of two years, the DUP will support the Conservatives in Commons votes.

The pound initially cheered the news as it removes a layer of political uncertainty that had been engulfing UK politics since the Conservatives failed to win a Parliamentary majority in the recent snap elections. The agreement was reached just in time as on Wednesday and Thursday see the Parliamentary vote on the Queen’s Speech, a vote that Theresa May needed to secure a majority in, in order to continue as Prime Minister. However, there are now concerns over a backlash from Wales and Scotland which could put Theresa May’s job in the balance once more. Concerns over a potential backlash have kept the pound low against the dollar, albeit above $1.2700.

Later this morning, investor attention will switch to Bank of England (BoE) Governor Mark Carney. Following his speech last week, he was crystal clear that now wasn’t the right time for a rate hike. Pound boosting comments are therefore not expected so soon after his dovish stance.

The dollar briefly weakened against the pound in trading on Monday, after disappointing figures forced investors to reconsider the chances of another U.S. interest rate hike in 2017. Durable goods orders shrank by 1.1% in May, almost twice as bad as what Bloomberg analyst had forecast. This figure means that businesses and consumers were more cautious about spending large sums of money on single items, such as a cars, appliances, or various pieces of machinery. This doesn’t bode well for the state of the U.S. economy or interest rate hike expectations. If consumers and businesses aren’t spending, then inflation will remain low and the Federal Reserve won’t hike rates.

Investors will now be looking ahead to later today when several Federal Reserve officials will speak, including Federal Chair Janet Yellen. The dollar is expected to remain highly sensitive to any clues in the speeches as to whether another interest rate could be expected in the remainder of the year.