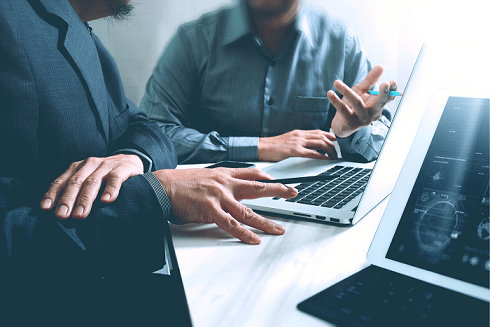 The pound jumped to a high of €1.1132 against the euro, its highest level in over a month, following news that the cost of living in the UK had increased.

Investors brought into the pound in droves after data showed that inflation, as measured by the consumer price index jumped to 2.9% in July from from the previous level of 2.6%. Inflation had declined for the past two consecutive months and although city analysts were forecasting a pick-up in August, the reading was higher than anticipated. The pound rallied because the figure supports the case for the Bank of England (BoE) to raise interest rates. The rate of inflation is now 0.9% above BoE target level of 2%, which could start to make some policy members uncomfortable.

Investors will need to wait until Thursday’s BoE monetary policy committee meeting to see if this result will impact on the BoE vote split. At the last meeting, the split was 6-2. It’s unlikely that BoE Governor Mark Carney and the majority of the policymakers will switch alliances after this reading. However, Chief Economist Andy Haldane could join known disinters Michael Saunders and Ian McCaffery in voting to hike rates. The prospect of a more even vote split has caused the pound to soar.

Investors will now look towards UK employment data due to be released this morning. Among the data will be a figure for UK average wage growth. Analysts are expecting wages to have increased 2.3% (including bonus), when compared to the rising cost of living. This is actually a pay cut in real terms. Should wages fall short of expectations then the pound could find that its recent rally comes to an abrupt halt.

Will the euro receive a boost from manufacturing data?

Whilst there has been plenty of data for pound traders to digest, the lack of data from the eurozone means investors have little reason to buy into the common currency. However today sees an end to the lull in data and eyes will switch to eurozone industrial productions figures. Strong numbers will be a sign of resilience in the eurozone economy, which could give a small boost to the euro.