Home EUR Euro Comes Under Pressure Versus the US Dollar as 2 Italian Banks... 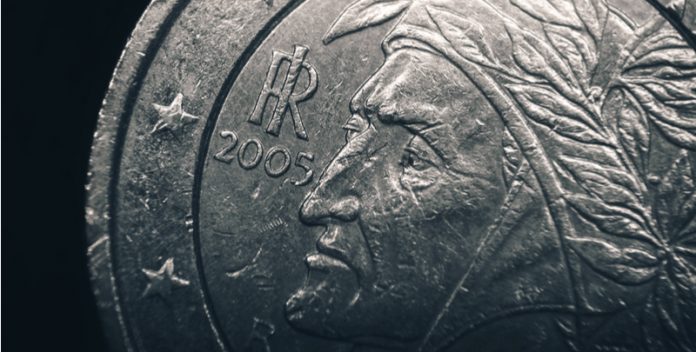 The euro U.S. dollar exchange rate managed to finish last week at approximately the same level as where it started. The euro sold off from around $1.1200 last Monday to a weekly low of $1.1120 mid-week, before picking up to $1.1200 at the end of the week.

Data for the eurozone was in short supply last week, and Friday’s purchasing manager index data (pmi) was more mixed than the recent figures from the region have been. However, on the whole, data is still pointing to a strong recovery in the eurozone bloc.

The euro could come under some pressure on Monday following news over the weekend that Italy’s banking system is experiencing more problems. Italy has stepped in to wind down two of its mid-size banks, Veneto Banca and Banca Populare di Vicenza. Toxic loans and bad management have merged to create capital holes in the banks that could cost the taxpayer up to €17 billion euros to stabilise.

Why does this matter to the euro? Italy is the third largest economy in the eurozone. This isn’t the first time in recent years that Italian banks have been wound down or propped up by the government due to bad loans. Investors will be increasingly wary in investing in Italy and could look to sell out of investments that are denominated in the Italian euro as they search for more secure, stable investments elsewhere. By selling out of these investments, the supply of euros would likely increase, resulting in the value of the euro decreasing.

Meanwhile, the mood for the dollar seems equally subdued. During the course of last week, comments from Federal Reserve Officials were a principal driver of the dollar. Earlier in the week comments were more upbeat regarding the outlook of the US economy, building hopes that the Federal Reserve could raise interest rates again before the end of the year. However, Fed officials towards the end of the week were more cautious, causing investors to rein back their expectations for an interest rate hike, which is weighing on the dollar. Currently the expectation a rate hike at the end of the year is at 50%.

Today sees the release of some potentially high impact data for the U.S. in the form of durable goods orders. Durable goods orders refer to the cost of orders received by manufacturers for goods that are planned to last over three years. These would include appliances and vehicles among other items. As these goods often involve large sums they are sensitive to the state of the U.S economy. A higher than expected reading would indicate that consumers are willing to spend more on large items, which would be good news for the U.S. economy. If this proves to be the case, the dollar could receive a boost.