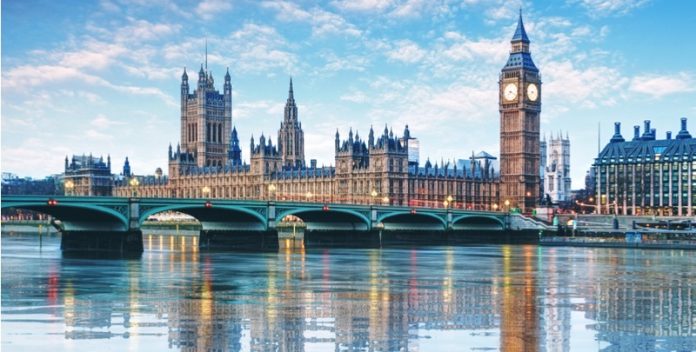 The pound pushed higher versus the dollar as the new week kicked off on hopes that the Conservatives could soon secure a majority in the UK Parliament.

The pound jumped early on, trading at $1.2740 against the dollar. This is its highest level for the sterling in a week as political uncertainty has weighed on investor sentiment.

As the Conservatives failed to win the number of seats required for a working majority in Parliament in the UK general election in early June, they need an agreement with another party in order to secure a majority. As the days have ticked past, fears had been increasing that the Conservatives weren’t going to be able to reach a deal with Northern Ireland’s Democratic Unionist Party (DUP), making the political future of the UK look increasingly unstable and uncertain. Reports late on Sunday suggested that progress has been made and, as a result, the pound edged higher.

The vote on the Queen’s speech is on Wednesday and Thursday so, ideally, an agreement between the two parties must be done by then to guarantee that Prime Minister Theresa May and her Conservatives stay in power. Any confirmation that an agreement is in place could result in a relief rally for sterling as the political uncertainty that’s been hanging over the UK since the general election starts to clear.

Demand for the dollar wanes, eyes turn to durable goods

Demand for the dollar eased towards the end of last week as investors started to doubt whether the U.S. Federal Reserve would be able to achieve another interest rate hike before the end of the year. Whilst Federal Reserve speakers at the beginning of last week had been more upbeat about the need for further rate hikes, speakers at the end of the week had been less convinced. As rate hike expectations decreased, so did the value of the dollar.

Today sees the release of influential data for the dollar. Investors will be watching durable goods orders for an insight into the health of the U.S. economy. Durable goods are items that aren’t purchased frequently – like cars or appliances – and the buying of these goods usually involves large sums of money. Durable goods orders are the cost of orders received by manufacturers for these goods. A higher than forecasted figure would point to a consumer willing to spend, which would be a good sign for the economy and would be expected to boost the currency.