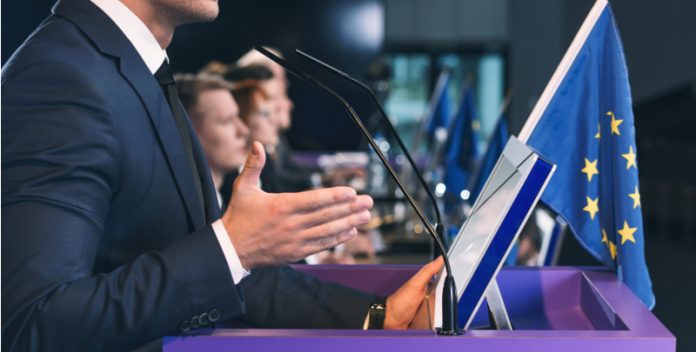 The European Central Bank (ECB) outlooks continue to dominate the euro U.S. dollar exchange rate. The euro lost ground versus the dollar, dropping 25 points from its high, to $1.1150 at the time of writing. The currency pair traded within a noticeably tight range throughout Thursday.

The euro received some important economic data for the first time this week. The ECB released the Economic Bulletin, which painted an economic outlook that was broadly in line with recent publications. The Bulletin highlighted that the eurozone economy continues to advance at a strong pace and is projected to tick up even faster than originally thought. However, the report also noted that economic expansion has yet to translate into higher consumer prices and inflationary pressures.

The inflation issue, or lack thereof, is creating some anxiety for euro traders. The ECB has noted they will keep interest rates frozen until inflation starts to tick up towards the central bank’s 2% target. Inflation so far has refused to budge, despite other economic indicators pointing to a solid economy. The fact that the ECB once more focussed on the lack of inflation dashed euro hopes of a rate rise. Central banks look to raise interest rates when inflation is high, therefore, low inflation environments tend not to encourage central banks to hike rates.

U.S. data back in focus after a week of U.S. Fed speakers

Squashed hopes of eurozone’s monetary policy being tightened through an interest rate rise was all the more noticeable against the dollar. Federal Reserve speakers have spent a good part of the week talking up interest rate hike possibilities in the United States. Speakers earlier in the week were very approving of another interest rate rise; however, two more recent talks have been more conservative about hiking again, highlighting instead the need for more strong data in order to be able to push ahead with further rises.

With this in mind, investors will be looking closely towards data today to see whether it supports the upbeat rhetoric of earlier Fed speakers or the more dovish stance from speakers later in the week. New home sales and preliminary service sector and manufacturing sector pmi’s are on today’s calendar.