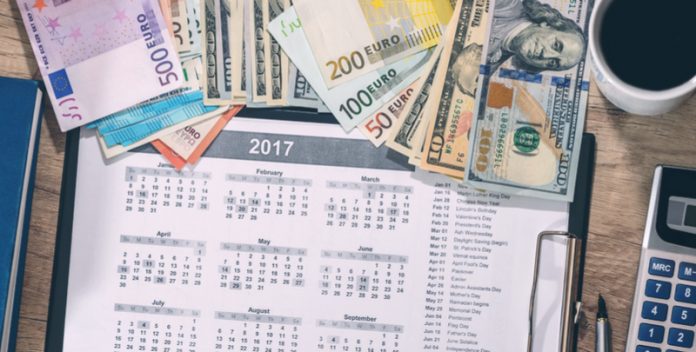 With little in the way of supportive data, the euro has struggled to make gains this week. The euro U.S. dollar exchange rate is trading at $1.1120, its lowest level since the end of last month.

Despite Macron’s political party winning a decent majority in the French Parliamentary elections, voter turnout was still extremely low at a mere 42%. With little else to focus on over the start of the week, investors are concerned that Macron may encounter problems with Unions whilst trying to implement his big reforms. Macron’s reforms are pro-business and therefore should, in theory, improve the economic position of France. Problems pushing these reforms through would then limit any upside for the euro.

Whilst it’s been a quiet start to the week for the euro, things are set to pick up as the end of the week approaches. Thursday sees the release of the EU’s consumer confidence data as well as an economic bulletin. Friday sees the release of manufacturing and service sector sentiment indicators for the Eurozone, as well as France’s GDP. Should these data points impress on the upside, the euro could be boosted out of the doldrums.

There has also been little in the way of U.S. economic releases in recent days. However, the dollar has found support in the form of several comments from Federal Reserve officials. For much of the second quarter of this year, investors had been wary of the dollar. Fears that weak U.S. data would prevent the Federal Reserve from increasing interest rates again this year had weighed on sentiment. Yet, despite the continuation of weak economic data, the Federal Reserve have been sounding upbeat regarding the U.S. economy, which has supported hopes of an interest rate rise and, in turn, supported the buck.

Earlier in the week, U.S. Federal Reserve official Bill Dudley was very confident of more rate hikes coming, airing his concerns of rate hikes not keeping up and overshooting inflation. Yesterday, Rosengren warned over low interest rates posing a risk to financial stability, which also gave a boost to the dollar as investor consider more hikes could be on the way. Meanwhile, the outlook for today is relatively quiet with macro data that could be interesting to the currency trading increasing on Thursday and Friday.