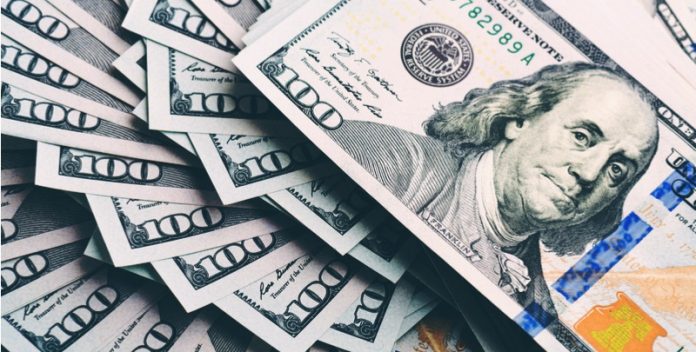 The pound fell below $1.2700 versus the U.S. dollar after Bank of England (BoE) Governor, Mark Carney, gave a gloom outlook over raising interest rates and as investors refocused on the UK’s political instability.

In his address at Mansion House, Carney said interest rates should remain on hold for now. His comments come just days after three BoE Monetary Policy Committee (MPC) members voted to hike the rates, sending the pound soaring. However, the optimism following the MPC meeting quickly waned as Carney’s comments yesterday dashed hopes of a rate hike. This caused the pound to crash to $1.2626, a two month low versus the dollar.

Political jitters will surface once more today as UK Prime Minister, Theresa May, is due to give the Queen’s Speech in the official Opening of State Parliament. However, rather embarrassingly, she’ll be doing so with a minority government, despite saying 10 days ago that she had the Democratic Unionist Party (DUP) on-side.

As the UK Conservatives failed to win a majority in the UK general election, they are trying to reach an agreement with Northern Ireland’s Democratic Unionist Party (DUP). The deal was expected to have been done before the Queen’s Speech. However, leaked reports are indicating there are problems between the two parties. The Conservative’s weak negotiating ability doesn’t look good just as Brexit negotiations are beginning. Furthermore, a minority government spells political instability – which could weigh on the pound.

Fed Reserve speakers in the U.S. carry on taking the limelight, thanks to a shortage of macroeconomic data. Buying interest towards the U.S. dollar has been picking up, in part due to the fragile pound and, in part, due to encouraging comments from Fed officials.

Earlier in the week, the influential New York Federal Reserve head painted an upbeat picture for the outlook of the U.S. economy. He said he thought wages, which have remained low, would pick up soon. This would increase inflationary pressures in the U.S. economy and produce a need to increase interest rates.

Adding to the optimism, Boston Federal Reserve member E. Rosengren also weighed in, commenting that low rates pose risks to financial stability. With little else to focus on, the dollar charged higher, pulling the pound dollar exchange rate even lower for sterling. Today could be a slow day for the dollar with no important macro data nor Fed speakers to drive price movement.