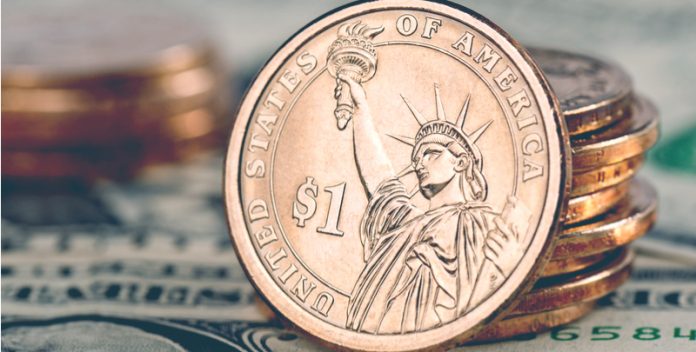 With economic data in short supply this week, fundamental events are taking a central role. Bank of England (BoE) Governor, Mark Carney, is due to give his Mansion House Address this morning. Whilst U.S. Federal Reserve speakers are filling up the calendar over in the United States.

The pound U.S. dollar exchange rate sold off sharply in the previous session after the head of the New York Federal Reserve, Bill Dudely gave an upbeat address. The U.S. dollar strengthened following his comments, pushing the exchange rate down to $1.2723, its lowest level for the pound since last Thursday. Despite the drop in the rate, it’s still hovering around levels not seen since the end of last year.

BoE Governor Mark Carney will speak this morning at 08:30. The address was scheduled for last week, but was delayed following the fire at Grenfell Tower. In the past, Carney has used his Mansion House speech to make frank comments on the health of the UK economy, occasionally including a message on policy. This time he’s expected, among other points, to address the shock vote split at the BoE monetary policy meeting, where 5 members voted to keep rates on hold, but 3 surprised the market and voted to raise rates.

The market will be listening very closely to see if Carney gives away any clues as to whether there’s a possibility that any of the 5 members could switch alliances and vote to hike. Any clues to this end would increase interest rate expectations and could push the pound higher.

The dollar is back in demand following optimistic comments from influential head of the New York Federal Reserve, Bill Dudely. Mr Dudely said he was happy with the interest rate raises so far by the Federal Reserve. Furthermore, he predicts wage growth will pick up as the U.S. moves closer to full employment. Mr Dudley said he believes that continued progress in the labour market will push earnings upwards at a faster rate. This, in turn, would boost inflation closer towards the Fed’s 2% inflation target.

Some investors are concerned that the Fed will not raise rates again this year due to low inflation and weak data. Dudely, on the other hand, is concerned of an inflation overshoot. His comments have helped lift interest rate expectations and boost the dollar. Eyes will now turn to Federal Reserve Vice Chair Fisher and Fed official Kaplan, both due to speak later today. More positive rhetoric could continue to boost the buck.