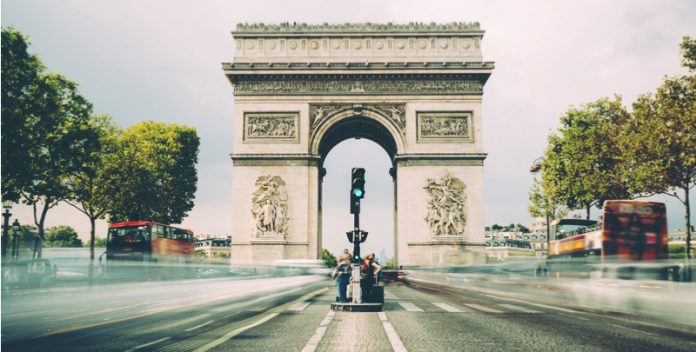 The euro jumped higher versus the US dollar as trading opened for the new week. A solid victory by Macron’s party in the French Parliamentary elections boosted the euro U.S. dollar exchange rate to $1.1210 from a close on Friday of $1.1197.

The currency pair continues to trade close to a 7-month high as an increasingly stable picture in Europe offers support to the euro. Meanwhile doubts are growing over the outlook for the U.S.economy which is causing the dollar to decline.

French President Macron’s newly formed political party, La Republique En Marche, together with centrist ally Modem, are set to gain a solid majority in the French Parliamentary elections on Sunday. The two parties secured 350 seats of 577 seats available. The strong victory has cleared Macron’s path to be able to push through his pro-European Union and pro-business agendas. Macron has made it clear that he intends to embark on a programme of reforms to reinvigorate the French economy and to increase the French presence in the EU. Both agendas are considered euro positive.

Firstly, strengthening of the European Union means a eurozone breakup is less likely, which naturally offers support to the common currency. Secondly, any signs of increased economic strength or stability will boost a currency, even if this is anticipated rather than actual.

However, it’s also worth noting that Macron was widely forecast to perform well in these elections, which would explain why any subsequent rally in the near future may be relatively limited.

The mood towards the dollar was low towards the end of last week. The dollar sold off against the euro and other major peers on Friday. An upbeat statement from the U.S. Federal Reserve had boosted the value of the dollar earlier in the week. However, a continued stream of soft data is weighing on investor confidence. Investors are becoming increasingly less confident that the U.S. Federal Reserve will manage one or two more interest rate hikes this year. The week ahead sees plenty of releases from central bank officials, which investors will be watching closel, for any further clues as to when the next rate rise could be.