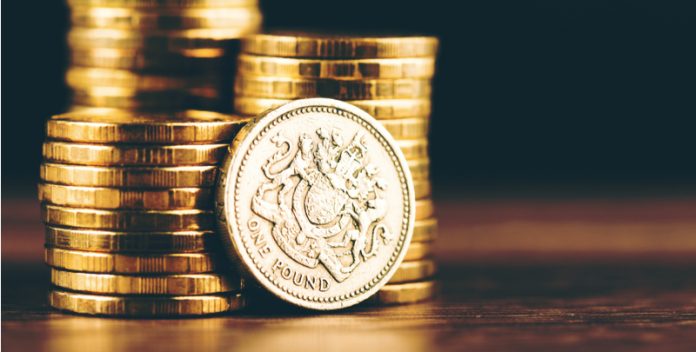 The pound euro exchange rate is pushing higher after a volatile previous session for the pound. Investors are looking ahead to more UK economic data and the Bank of England (BoE) monetary policy decision.

With political instability playing in the background, the pound has spent most of this week focusing on high impact UK economic releases. Unfortunately for sterling, bad news for the consumer has continued to pour out of the UK. UK wages grew at just 2.1%, significantly lower than inflation of 2.7% in April and 2.9% in May. The squeeze on the consumer is intensifying as, once adjusted for inflation, wages are falling. The fear is households will hold back on spending which is bad news for the economy. For the UK this is particularly the case because its economy is so dependent on consumers spending in the dominant service sectors. When concerns over a country’s economic health increase, the value of the currency will usually decrease. Which is what has happened to sterling. Following the release of the wage growth data, the pound tumbled to a day’s low of €1.1318 versus the euro.

Today, UK retail sales data will provide some evidence as to whether consumers are indeed reining in their spending. Given the squeeze on pay checks that households are experiencing, a fall in sales growth could be next. Should retail sale growth come in under the 1.7% expected by analysts, then the pound could be under pressure once more.

Finally, the Bank of England (BoE) will give the interest rate decision today. The central bank is expected to keep rates on hold at 0.25%, despite inflation being close to 3%. The BoE has previously said that they are willing to look through this current spike in inflation. However, investors are getting hopeful that the bank is reaching the upper limit of its tolerance for above target 2% inflation and may hint towards increasing interest rates. On this basis, the pound found renewed strength against the euro late on Tuesday, pulling the exchange rate up off its low of the day and back up to €1.1373.

Demand for the euro has also been volatile. Today concerns over Greece will be at the forefront of investors’ minds as the Eurogroup meets. Time is running short for the group of eurozone finance ministers to approve the next tranche of Greek bailout funds. Greece has a repayment deadline in July which it must meet, and failure to do so could result in another eurozone crisis. Failure for Greece to come to an agreement with its creditors at the meeting tomorrow could send nerves through the euro.