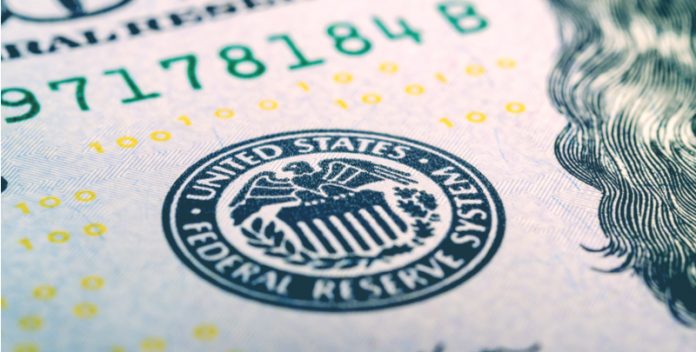 The fallout from last week’s UK election continues to impact the pound. Tensions are also rising in the UK Brexit department with a ministry shake-up just days before Brexit talks start. However, the pound pushed that aside and surged over 0.75% versus the U.S. dollar as it was discovered that UK inflation soared to a four year high.

The pound U.S. dollar exchange rate jumped to $1.2750, regaining some of the ground lost since the UK election results. The rate is still trading some 200 points off pre-election levels.

Inflation in the UK jumped to 2.9%, its highest level since 2013 as the Brexit-weakened pound made imported goods more expensive. To put the figure into perspective, prior to the Brexit referendum one year ago inflation was just 0.3%. Furthermore, the 2.9% level is significantly higher than the Bank of England’s 2% target level. Usually, high levels of inflation will encourage a central bank to increase interest rate levels in order to curb household’s spending. High interest rate expectations boost the value of the currency, which is likely why the pound rallied.

Today sees the release of UK average earnings. Analysts are expecting earnings to increase 2.4% annually. This is significantly lower than the 2.9% level of inflation, meaning that households are being squeezed. Lower wages in real terms could mean that consumers rein in spending further to cope with the squeeze on their paychecks. This is bad news for the UK economy which is so dependent on the consumer. Should today’s wage data come in lower than expected, sterling could buckle under the pressure.

Meanwhile, U.S. dollar traders have been looking cautiously ahead to the conclusion of the Federal Reserve two-day monetary policy meeting later today. Analysts are expecting a 99.6% probability of the Fed increasing interest rates by 0.25%. However, investors are unsure as to how the Fed will characterise the health of the U.S. economy, given the softer data over the last few months.

U.S. economic growth is currently lacklustre at 1.2%. Jobs creation over the last three months is weak at best with just 138,000 jobs created in May against expectations of 185,000 and including the previous downward revisions for both March and April. These figures are likely to put pressure on the Federal Reserve’s outlook for the remainder of 2017. This is because inflationary pressures are lower in a slowing economy, so central banks move away from hiking rates. Initially, the market had been expecting three or possibly four rate hikes in 2017, but the figure now looks to be two. Should the Federal Reserve point towards fewer rate rises, then the dollar could drop even if they raise rates in June.