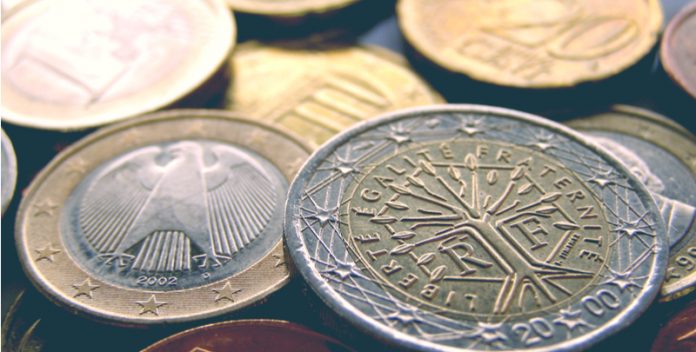 The euro has weakened significantly against the dollar over the last 24 hours as investors digest comments from the European Central Bank (ECB). The euro U.S. dollar exchange rate dropped almost 100 points from a high of $1.1269 to a level of $1.1180 on euro weakness, its lowest level in a week.

The ECB meeting had mixed results. On the plus side, the ECB signalled they probably wouldn’t cut interest rates again. In addition, the central bank also raised growth expectations for the region. However, the euro was more focused on the fact that the central bank also cut inflation forecasts. The ECB now anticipates inflation to hit 1.5% in 2017, 1.3% in 2018 and 1.6% in 2019. The forecasts remain stubbornly below the ECB inflation target of 2%. A central bank is unlikely to raise interest rates whilst inflation is below target levels. The fact that the ECB doesn’t see inflation moving above the target level for over three years essentially suggests that the ECB won’t be considering hiking interest rates for some time yet. When interest rate expectations for a country fall, the currency falls – which is what is happening with the euro.

Dollar rallies after no new information from Comey

The key risk event for the dollar in recent sessions was the appearance of James Comey, the recently fired, ex-FBI Director. As he appeared before the U.S. Congress, the main takeaway from his speech was that President Trump didn’t officially act in a way to warrant impeachment. The dollar has viewed this as a positive because it doesn’t add yet another layer of uncertainty. Furthermore, Comey’s appearance hasn’t created too much additional controversy – it seems there was very little new information over Comey’s past interactions with Trump. This is good news for the dollar because the President will not be busy fighting fresh political storms, distracting him from progressing with his dollar boosting economic agenda – an agenda which includes tax cuts and huge fiscal spending plans.

With Comey’s appearance safely out of the way, investors will now be looking ahead to the Federal Open Monetary Committee (FOMC) meeting next week. The financial markets are placing a 96.8% probability on an interest rate rise from the Fed next week. This would highlight the difference in monetary policy between the Fed and the ECB, potentially offering further support to the dollar.