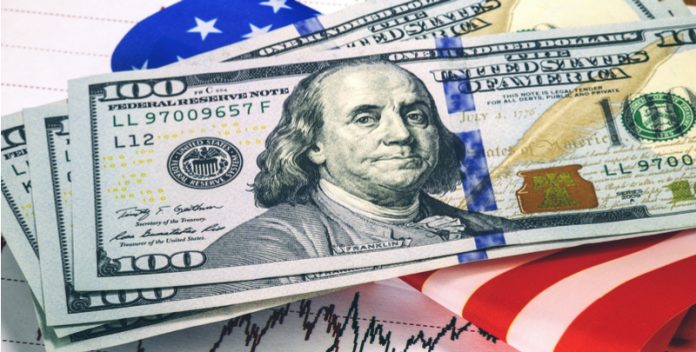 The dollar perked up considerably with the news that the U.S. economy isn’t faring quite as badly as initially assumed. Dollar strength caused the euro U.S. dollar exchange rate to fall 0.4% to 1.1160, its lowest level in almost a week.

It turns out the U.S. economy had a better start in 2017 than the first set of published figures gave credit for. The American GDP underwent a positive revision for its first quarter of the year, from 0.7% to 1.2%. That number even beat Bloomberg’s analysts expectations of 0.9%. In the Federal Reserve’s May meeting, whose minutes were released just this week, they noted they’d like to make sure that the recent unfavourable data coming out of the U.S. is only temporary. Once they feel confident this is the case, they will then consider tightening policy by raising interest rates. Today’s data was a step in the right direction for the U.S. as the expectation for an interest rate rise in June is now at a little over 83%. A good sign.

Divergence between Fed and ECB monetary policy in focus

Meanwhile, the European Central Bank (ECB) is sticking to a very cautious approach to its monetary policy. And, given the lack of economic data today, investors were left dwelling on the gap between the U.S. and eurozone monetary policies. Although the eurozone has been pumping out continually improving data in the form of strong economic growth, healthy employment levels and an inflation level which is starting to tick up, the ECB President Mario Draghi has said that he sees no reason to deviate from the current policy. On a day with little else to contemplate, these comments are affecting sentiment.