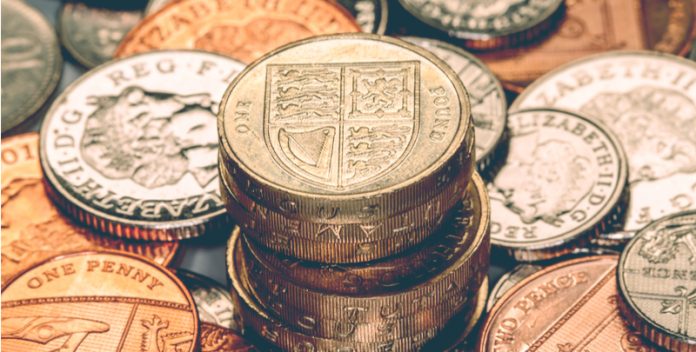 The pound was in free fall versus the dollar on Friday, following a further narrowing of the UK Conservative lead over the Labour party. The pound’s exchange rate over the U.S. dollar dropped over 1.1%, or 143 points, to 1.2799. The sterling’s lowest number in a month.

The latest voter poll released by YouGov showed that with two weeks to go until the UK elections, the Conservative lead over Labour had narrowed to just 5 points, putting the Conservatives at 43% and Labour at 38%.

The pound rallied some 500 points over the dollar on the announcement of the general UK election in April due to the broad assumption that Prime Minister Theresa May and the Conservatives would secure a landslide victory. A clear win by the leader of the Conservatives would hand Theresa May a stronger position in the Brexit negotiations. In addition, the win would give UK Conservatives a larger working majority in Parliament to be able to push through Brexit without many disruptions. In other words, a smoother Brexit.

However, the recent polls are casting doubt over whether Theresa May will be able to secure the necessary majority for a secure Brexit, or even for a win. Both outcomes open the possibility to a confused Brexit process. Today’s drop in the value of the pound is a reflection of that.

Whilst the pound was weakening, the dollar was also strengthening as improved U.S. economic data pleased investors. The U.S. Federal Reserve had said at their May meeting to set interest rates that they want to see that the recent downturn of U.S. economic data was only temporary. Once they are assured that this is the case, they may then consider raising interest rates. Today’s improved revision of U.S. GDP economic growth in the first quarter of 2017 was a step in the right direction. The expectation for an interest rate hike in June is currently 83.1%.

Why do higher interest rates help support the dollar? Interest rates are key to understanding exchange rate movements. Investors want the highest return on their money and, as such, higher interest rates tend to offer higher returns. So if the interest rate or the interest rate expectation in a country are relatively higher compared to another, then it will attract more foreign capital investment. For this, local currency, in this case U.S. dollars, is required. Thus boosting the demand of that currency and pushing its value higher. Exactly what the market saw today in the dollar.