Home EUR EUR/USD Steady at $1.12 as Dollar Remains Supported by Trump’s First B 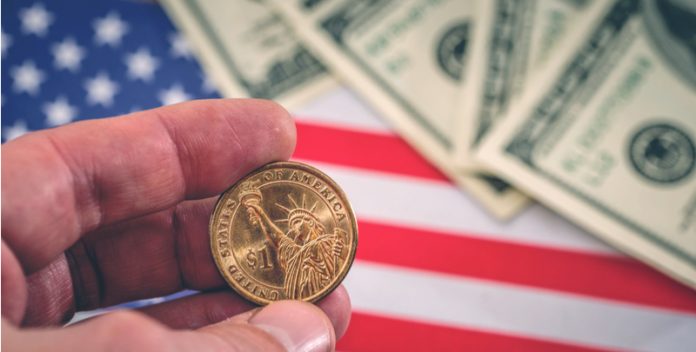 After a weak start, the dollar managed to strengthen. Pressuring the euro U.S. dollar exchange rate down to just above the $1.12 level where it hovered for the rest of the day.

The dollar was finding support on two fronts, firstly from the price of oil and secondly from the presentation of President Trump’s Budget before Congress earlier in the week.

Oil, the OPEC meeting and the dollar

The price of oil tumbled almost 5% during the course of the day after investors were left disappointed by the outcome of the Organisation of Petroleum Exporting Countries (OPEC) meeting in Vienna. Hopes had been high that OPEC members would opt to extend the current production cut agreement, which they did, by the expected 9 months, now set to conclude in March 2018. However, the disappointment came from members not agreeing on a deeper cuts to production and, as a result, the price of oil sold off rapidly.

How does this affect the dollar? The price of oil is inversely related to the value of the dollar. This is because oil is priced in dollars, so if the price of oil crashes then you can buy more of it with the same number of dollars. Thus, it has the effect of increasing the dollar’s purchasing power relative to other currencies used to buy oil.

Also supporting the dollar were signs that Trump’s economic agenda was back in the cards after the White House presented President Trump’s first budget to Congress this week. Trump has pledged to cut government spending and to balance the books in 10 years — achieved through tax cuts and economic growth of 3% per annum. This budget maybe wishful thinking. However, for the dollar it’s considered a step in the right direction for the implementation of Trump’s dollar boosting pro-business economic agenda.

How would the economic agenda boost the dollar? The economic agenda includes a sizeable corporation tax cut. The cut, if significant enough, could see a flood of money repatriated to the USA, creating a high demand for the currency. Which then, in turn increases its value versus other currencies.

Euro drifts in a quiet session

Meanwhile, the euro was experiencing a relatively quiet session. With political risk off the radar for now, investors are able to focus on economic data for the region. They received an early boost from strong Spanish GDP data, although it was insufficient to sustain the momentum.