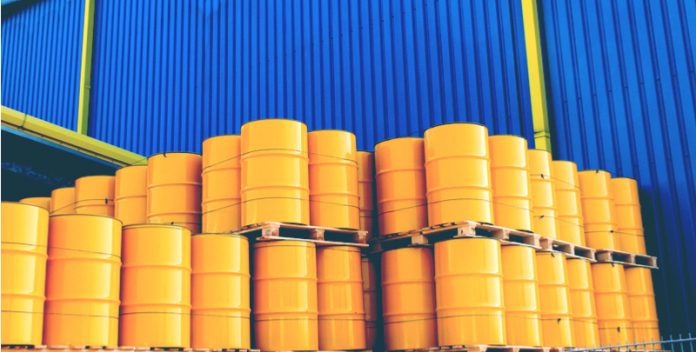 An unexpected downward revision to UK economic growth, as measured by the GDP, pulled sterling lower against the dollar. The pound U.S. dollar exchange rate was trading down 0.2% at 1.2948 as it continues a downward trajectory which started on Sunday evening after the election polls showed that the Conservatives’ lead had more than halved.

Politics dragged on the pound at the beginning of the week and now it was the turn of economic data to weigh on financial sentiment. UK economic growth was unexpectedly revised down to 0.2%, from 0.3%, for the first three months of the year.

The data showed that estimated growth in the service sector, which accounts for around 80% of UK economic output, was the lowest since 2015. It seems households are reining in their spending as higher prices and lower wages start to bite.

Why does this matter to the pound? Investors want to put their money into countries where growth prospects are strong. Thus, they tend to move investments out of weakening economies and into those perceived to be strengthening. As investments are sold off in a weakening economy, the supply of the local currency will increase. As a result, decreasing its value. So, when an economic indicator, such as growth, comes in worse than expected or is revised lower, the value of that currency tends to devalue – as evidenced to today’s sterling performance.

Oil, the OPEC meeting and the dollar

On the other side of the equation, the dollar was finding support from the falling price of oil. The price of oil tumbled almost 5% during the course of the day, after investors were left disappointed by the outcome of the Organisation of Petroleum Exporting Countries (OPEC) meeting in Vienna. Hopes had been high that OPEC members would opt to extend the current production cut agreement, which they did. However, members did not agree on deepening the cuts to production and, as a result, the price of oil sold off rapidly.

How does this impact the dollar? The price of oil is inversely related to the value of the dollar. This is because oil is priced in dollars, so if the price of oil crashes then you can buy more of it with the same number of dollars. It has the effect of increasing the dollar’s purchasing power relative to other currencies used to buy oil.