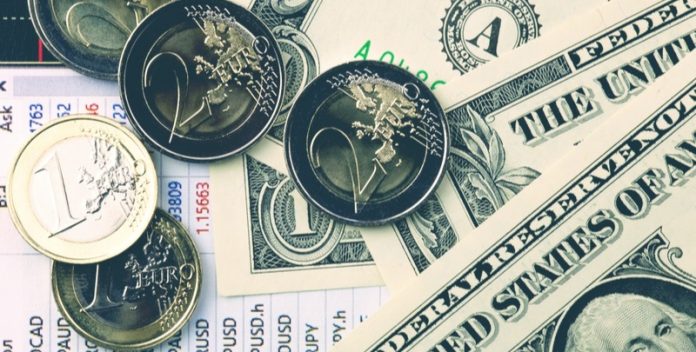 The Euro US dollar exchange rate has had a volatile session, trading in a range of almost 100 points, from 1.1263 to 1.1177. Strong economic data from the eurozone was an early factor but also the US dollar strengthened heading into the afternoon, with comments by the US Treasury Secretary. He spoke about the long-awaited tax reforms which provide a boost to the US dollar and pulled the exchange rate down to its current low.

The data showed Europe’s economy continues to gather pace, at the fastest rate since the beginning of the financial crisis. Company growth came in at a six-year high, with manufacturing leading the way and overall business confidence at a 5-year high. Germany’s GDP growth for the first quarter was confirmed at 0.6% for the quarter and 1.7% on an annual basis. These figures show Europe’s economic growth trajectory remains supported, fuelling expectations that the European Central Bank will have to adjust its stance towards interest rates soon, possibly as early as June.

Usually data pointing to strong economic growth would be expected to boost the currency. This is because investors want to put their cash into countries where growth prospects are strong. They need local currency to do this, and the increase in demand for that currency pushes up its value. Today, however, after an initial rally, the euro ran out of steam, possibly disappointed by Greece’s failed attempt to find a solution to the country’s continuous debt saga.

Meanwhile, demand for the dollar had been cold since the political scandal in Washington kicked off with the firing of FBI Director James Comey 2 weeks ago. The dollar (against a basket of currencies) suffered its worst week in a year last week, as the Trump administration was going from crisis to crisis. Whilst impeachment is still a distant possibility, the markets were more concerned that all these distractions would at best delay or at worst prevent Trump’s pro-business, expansionary, economic agenda from ever seeing the light of day. This sent the dollar to levels not seen since prior to the US Presidential elections in November.

With investors believing that Trump’s tax reforms were on the back burner or off the agenda, the US Treasury Secretary stepped in and confirmed that he hoped for the tax reforms to be in place by the end of the year. This statement has provided a significant boost to the dollar.

Why would tax reforms boost the dollar?

A sizeable corporate tax cut, as Trump as previously mentioned, could cause a flood of money repatriated to the USA, which creates a high demand for the currency and in turn increases its value versus other currencies. So, with hopes of the tax cut reforms returning to the agenda, the dollar has roared back into life.