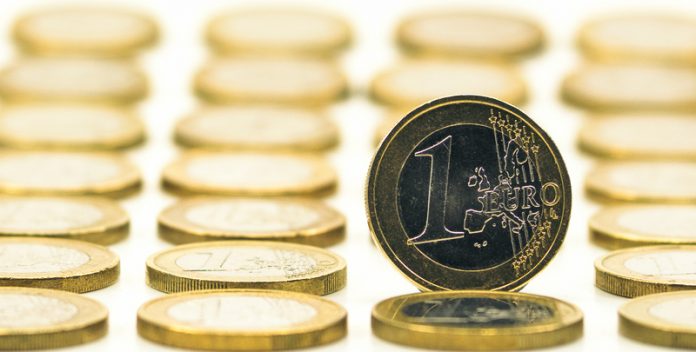 The pound – euro exchange rate continued its downward trajectory, as this month’s love affair with the euro continues. As the euro strengthened, the exchange rate fell a further 0.2% today, taking it down to 1.1552, its lowest level in eight weeks and almost a 3% fall from its recent high on May 10th of 1.1903.

The euro is powering ahead thanks to robust economic data, the election of Emmanuel Macron as French President and solid inflows into the eurozone stock markets. All of which have given the euro the status of best performing currency among its most traded peers.

Macron’s win has allowed investors to forget about political risk and instead focus on economic data. With the economy growing at an encouraging and quite steady 0.5% the euro continues to strengthen. Why? Because strong economies attract foreign capital investment, investors want to put their cash into countries where growth prospects are strong. This has also been evident in the influx of capital seeking to invest in European stocks, pushing European stock markets to record highs. Local currency is needed to do this, and the increase in demand for the local currency, in this case the euro, pushes up its value.

Not all plain sailing for the euro, some hurdles remain

Looking forward there are still a few hurdles to overcome. Whether Macron can push through his pro-business, economic agenda remains to be seen. Much will depend on his party’s performance in the National Assembly elections next month. Afterwards, the German Presidential elections at the end of the summer could then clear the path for the European Central Bank to start seriously planning for the tapering in of its current bond buying programme, which will also be positive for the euro.

Sterling isn’t putting up a fight and is looking rather subdued across the board. There is nothing in the way of influential economic data to move the pound up. And, in the wake of the horrific terrorist attack in Manchester, all political campaigning for the upcoming general election has been suspended.