Home GBP Pound Slips Versus the Dollar as US Rates Set to Rise in... 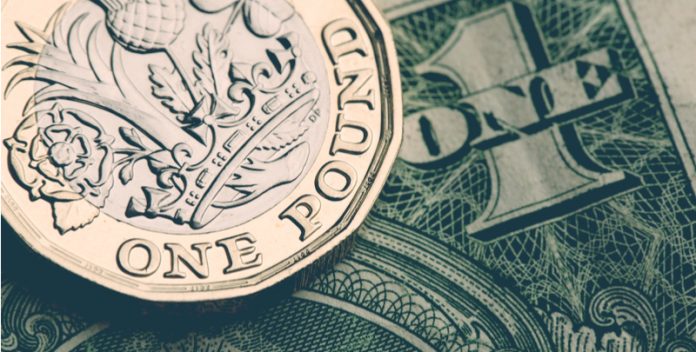 The pound US dollar exchange rate spent most of the day within a reasonably tight range, slightly under the $1.30 level. Meanwhile, investors digested worse than expected UK budget deficit data, in addition to weighing up the probability of a US interest rate hike in June.

The pound is trading over 5% higher versus the dollar since the start of the year, recently rising to its highest level since October, although it has started to wobble as the Conservatives’ lead in the polls dropped unexpectedly.

The dollar has been under pressure lately, as political instability in Washington has kept demand for the buck cold. However, heading towards the evening the dollar staged a recovery as investors look ahead to the Federal Open Market Committee May meeting minutes, which will be released on Wednesday. Given that the Federal Reserve held no conference following the rate decision in May, investors will be particularly keen to assess the views of the Federal Reserve on the expected path of interest rate rises for the rest of the year.

The expectation for a rate hike in June, according to the CME FedWatch tool, is 83.1%, and although speakers from the central bank have given mixed rhetoric in the latest speeches, the rate hike looks to be firmly on the table, which is giving the dollar a firm boost.

Why do interest rates matter?

US tax reforms still on the agenda

The US dollar also received an extra boost following President Trump’s first US budget before Congress. The Budget, although in parts may be considered wishful thinking, has overall been accepted by the markets as dollar positive. However, the big boost for the buck came from comments by the US Treasury Secretary, who confirmed that he hoped to get the long-awaited tax reforms completed this year.