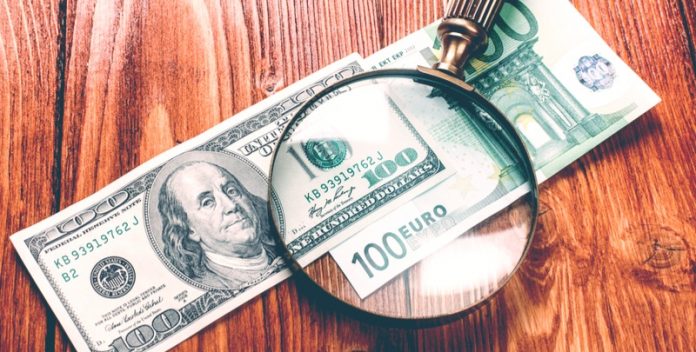 The euro US dollar exchange rate strengthened on Monday, as demand for the euro pushed the rate back up to a 6 month high versus the US dollar. The euro hit a high of $1.1246 after having declined as much as 0.4% to $1.1620 earlier in the session.

Interest rates are a key determinant of short-term exchange rate movements. If interest rates or interest rate expectations in the eurozone are relatively higher than other countries, it’ll make the region more attractive for investors to save and invest money. This will cause ‘money flows’ into the eurozone, increasing demand for the euro and increasing its value.

Meanwhile, the dollar slipped lower versus almost all of its major peers, to levels not seen since 9th November. The dollar’s broad declines are a combination of two factors. Firstly, economic data has been coming in slightly off expectations, given that investors want to put their money into countries where growth prospects are strong. Slightly weaker data will encourage investors to sell out of US investment, increasing the supply of dollars which will weigh on the value of the dollar.

Secondly, an unstable political climate in Washington is making any inflation boosting, bold economic reforms from the Trump’s administration increasingly unlikely, given that Trump is too distracted lurching from crisis to crisis. Without these inflation boosting reforms, expectations for interest rate hikes are decreasing which is also pulling the dollar lower in value.

Why does this matter?