Home EUR Dollar Strengthens over Euro Late in the Day as US Rate Hike... 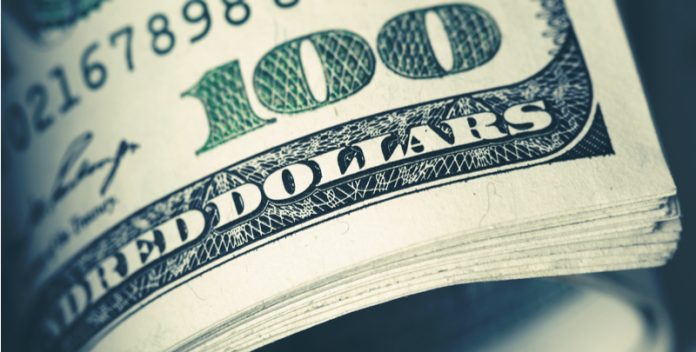 The dollar fared surprisingly well against the euro on Thursday given the growing political scandal engulfing President Trump.

The euro dollar exchange rate managed to hold steady above 1.11 for the most part of the day before falling sharply lower to 1.1076 following comments from Federal Reserve Open Monetary Committee (FOMC) member, Loretta Mester, who clearly showed her support for a rate rise “more than once” throughout the rest of the year.

This is good news for the U.S. dollar, which had been impacted by fears that political jitters and underwhelming U.S. economic data could deter the Federal Reserve from increasing interest rates at the June meeting and/or later in the year. And, if no rate hikes are expected, this would likely pull the value of the dollar lower. It’s important to remember interest rates are the most important fundamental economic indicator in the forex market, so expectations of interest rates rising or falling can move exchange rates significantly.

So, what we’ve seen today is rather surprising. Even when the U.S. President is caught up in a scandal, possibly large enough to lay his political death bed then if one or more interest rate hikes still look plausible, then the U.S. dollar seems to be quite forgiving. Following Mester’s comments, the dollar strengthened and the euro U.S. dollar exchange rate dropped down to the day’s low for the euro.

Of note, whilst Federal Reserve speakers were talking about rate rises, members of the European Central Bank (ECB) monetary policy committee were clear that, for the time being, they were in favour of maintaining low interest rates in the eurozone. Clearly highlighting the divergence between the two policies between the EU and the USA which, ultimately, resulted in a simultaneous weakening of the euro. So, despite strong economic data from the euro region, including French unemployment falling to its lowest level in 5 years, investors will need to wait to see whether inflation is picking up before any further excitement regarding rate rises.