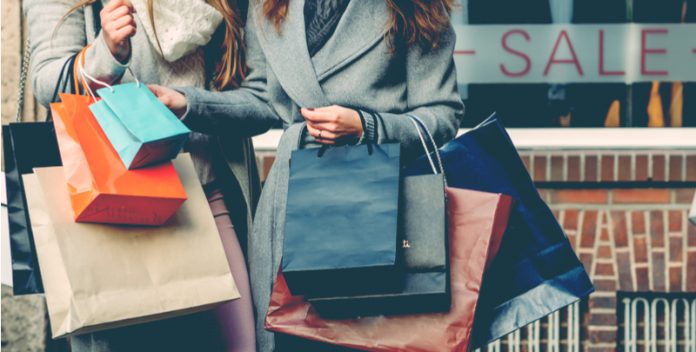 The pound strengthened versus the euro, taking the pound value up to a high of €1.1732. This comes after UK retail sales surged, despite households’ pay being squeezed.

Figures show shoppers were hitting the high street in April, with retail sales increasing 2.3%, which is twice as much as expected and significantly better than the 1.4% fall in the previous month. This is great news for the UK economy because it shows consumers are spending, even though wages are not keeping pace with increasing prices.

This is important since the UK economy is heavily dependent on the service sector, which needs consumers to spend. Given that households are still spending despite political uncertainties, the outlook for the economy is brighter – thus pushing the pound’s value up. A stronger economy also attracts more foreign investments, increasing the demand for the pound and therefore raising its value.

However, inflation is still set to quicken, increasing the squeeze on households further – this is likely to impact consumer spending later in the year and weaken the pound.

No signs of an interest rate rise in the eurozone, for now

Meanwhile, the expected outlook for the euro weakened slightly after members of the European Central Bank (ECB) policy committee made it clear that they were in favour of maintaining low interest rates in the eurozone for now. This comes despite a decline in the French unemployment rate, from 10% to 9.6% – its lowest in 5 years.

When a central bank dashes hopes of an interest rate rise, it will often result in the currency fluctuation, as has happened today with the euro. This is because interest rates play a key role in determining short-term exchange rate movements. If interest rates in the eurozone are relatively lower than in other countries, investors will be less likely to put money in the region. This means less demand for the euro and a drop in its value.

Investors must now wait patiently to see if the stubbornly low eurozone inflation can pick itself up. Mario Draghi, president of the ECB, said at a recent press conference that inflation must be higher before any discussion of raising the interest rate can begin.