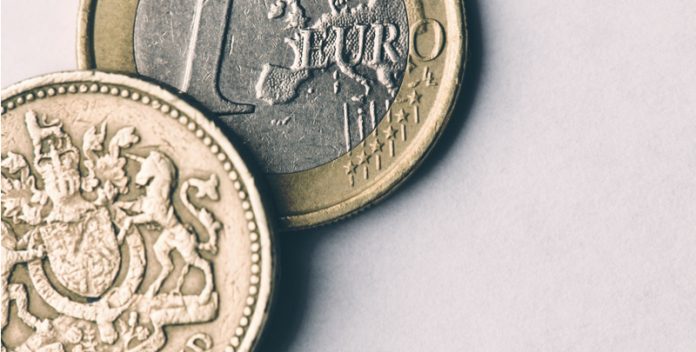 The increase in the value of the pound came following good news regarding the UK labour market, dispelling some concerns over the effects of Brexit, which had been heightened on Tuesday, after inflation came in at 2.7%, significantly above the Bank of England’s 2% target.

The unemployment rate dropped to 4.6%, the lowest level in 42 years, whilst the number of jobs created in the UK in the first three months of the year was six times higher than expected at 122,000 compared to expectations of just 21,000. Wage growth also ticked higher to 2.4% from 2.3% and there was another record in the number of people employed. All in all, today’s jobs report painted a picture of a strong, stable labour market which has yet to feel the impact of Brexit.

Why does a stronger UK labour market boost the pound?

With unemployment dropping to multi decade lows, it appears that the UK labour market is drawing close to full employment. This would be characterised by the demand for labour exceeding the supply. When the demand for labour is high and there are very few unemployed to fill these vacant positions, we would expect employers to bid wage rate up in order to attract potential employees. The result would be higher wages, pushing up inflation and raising expectations that the central bank will raise interest rates sooner rather than later.

Interest rates are a key determinant of short-term exchange rate movements. If interest rates in UK are comparatively higher than other countries, it will make it more attractive for investors to save money in the UK. This will cause inflows into the UK, increasing demand for sterling and increasing the value of the exchange rate.

Interestingly wages growth of 2.4% was significantly below inflation at 2.7%, meaning a decline in wages in real terms. As the day progressed, this negative statistic weighed on the pound, pulling the pound euro exchange rate lower towards the end of the day.