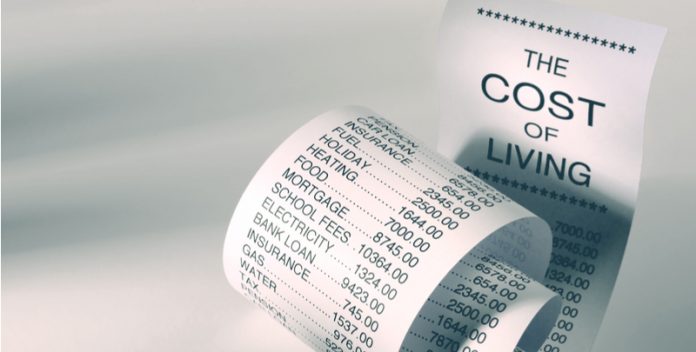 The pound Australian dollar exchange rate continued to move southwards for sterling on Tuesday, hitting a low of AUD$1.7337.

The pound weakened after Consumer Price Index (CPI) data showed the UK cost of living increased 2.7% over last year. The quick escalation was not only unexpected, but it was the largest cost of living jump in nearly four years. The drop in the value of the pound was an interesting reaction, as a higher than expected inflation usually gives a boost to the pound. This usually happens because it raises expectations that interest rates could be hiked sooner rather than later, and higher interest rates in turn tend to strengthen a currency.

The most likely reason for this decrease in the value of the pound is because even though inflation is well above the Bank of England’s 2% target, the central bank was quite clear last week that it won’t be looking to raise interest rates for the time being.

Why is the Bank of England willing to look through above target inflation?

The Bank of England (BoE) stated in its inflation report last week, that inflation was mostly caused by higher prices of imported products due to the fall in value of sterling, so if we continue to see the price of the pound recover this year, then inflation may not rise as high as expected and could bring itself back down within target without any intervening action required from the central bank.

So, with no interest rate hike on the horizon, investors focused instead on the squeeze that this high level of inflation will put on household purses, given that wages are actually falling in real terms. Average wages are expected to have increased by 2.4% in April, a figure that will be confirmed tomorrow, noticeably lower than the 2.7% of inflation. Given that the service sector is so dominant for the UK economy, household spending is essential for continued economic growth, so should the consumer purse get pinched too tight then we will see retail sales figures (released later in the week) decline and reduce economic growth, which will weigh on the pound further.