Home EUR Pound Tumbles to 5 Week Low Versus the Euro With Reveal of... 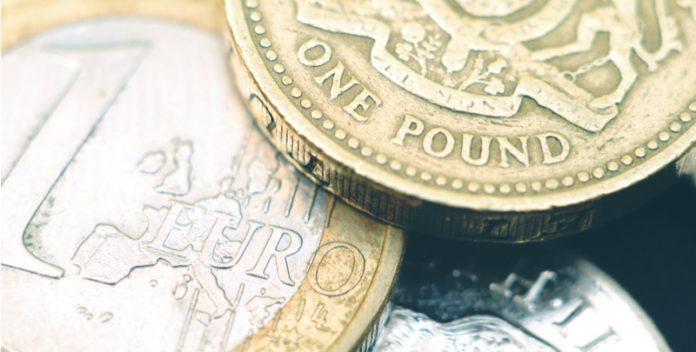 The pound euro exchange rate tumbled 0.8% on Tuesday, to 1.1635, a level not seen since early April, with both a stronger euro and a weaker pound driving the exchange rate down.

France’s Macron making the right moves to support the euro

A stronger euro is being driven not just by solid economic data coming out of the eurozone, but also by fading concerns over political instability. The new French President Emmanuel Macron has wasted no time in pushing his agenda forward. The centrist Macron has appointed centre-right politician Edouard Philippe to be Prime Minister. It’s a strategic move, with the aim of building a majority in the Parliamentary elections in June. However, if Macron’s newly formed party En Marche! fails to get enough members into Parliament to push through Macron’s radical economic agenda, then the Macron rally could be over before even starting.

Macron has also been quick out of the blocks to meet with German Chancellor Angela Merkel which has raised hopes for a more united and strengthened eurozone and European Union. Furthermore, Macron has already made a point of rejecting the Eurobond debt scheme, which is another positive step for the value of the euro. But going beyond that, the first moves of a new leader are crucial for judging how they’ll be expected to perform going forwards and given the euro’s reaction, Macron is passing the first tests.

Cost of living in UK increases; sterling drops in response

On the other side of the equation, the pound was weakening after data showed the cost of living, as measured by the Consumer Price Index (CPI), rose over the course of the last year by 2.7%. This is significantly higher than the Bank of England’s target inflation level of 2% and usually when the cost of living rises above target inflation, it results in an increase in the value of sterling. This normally happens because interest rates would be expected to increase and therefore raise the value of the pound. As of today though, the sterling dropped has dropped in value.

The fact that the higher cost of living failed to increase demand for the pound, could be evidence of the overriding concern of a squeeze on households, as wages failed to keep up with rising prices. Less consumer spending isn’t good for the UK economic outlook, which is so reliant on the consumer. A weaker economic outlook tends to send a currency lower as investors look to dump their investments in favour of a stronger economy, thus increasing the supply of the local currency and pushing its value lower.